Lucic a “priority” as talks continue, but is there optimism? 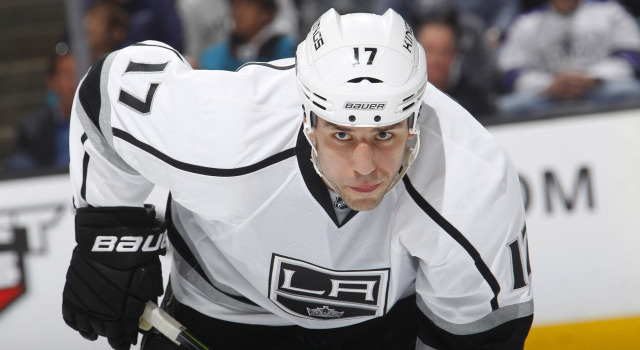 For roughly a month and a half after the Kings’ season ended, all was quiet on the Milan Lucic front. The rugged and productive winger bound for unrestricted free agency on July 1 had indicated his desire in late April to return to Los Angeles, saying, “that’s something that I’ve expressed that I really want to happen.”

Until early last week, there was mostly radio silence, save for a Dean Lombardi conference call in which he referred to the ongoing Lucic conversations as a “domino effect” with regards to the team’s other free agents. “The discussions are much further along with Looch than anything else right now, as you can probably imagine, and then there’s going to be fallout one way or another with what happens there,” he said on May 6.

Talks continued into June with a tone that appeared to be more hopeful than optimistic, based on prior conversations with team sources. Then, early last week, Lucic’s agent, Gerry Johannson, told Vancouver radio station NEWS 1130 that his client “would love to re-sign with the Kings but is preparing for July 1 as well.” He also noted that there hadn’t been any discussions with the Kings “of late,” according to NEWS 1130.

It’s difficult to ascertain what “of late” meant, but according to a source with knowledge of the discussions, talks between Los Angeles and Lucic are “ongoing,” and that resigning the 28-year-old is a “priority” for the club in advance of increased player movement prior to the trading deadline.

There’s no real change in the optimism or expectation that a deal will get done, and given LAKI reports over the past six months that the Kings would not be able to re-sign Lucic without shedding salary, there’s certainly nothing that suggests there’s anything imminent one way or another as it relates to Lucic. Plugged-in CSN Boston reporter Joe Haggerty reported on Twitter this afternoon that the sticking point in conversations is Lucic’s term. That corroborates a bit with previous discussions I’ve had with those who have knowledge of the negotiations and had intimated that the team would turn its focus elsewhere should Lucic not be signed – and such an observation might give pause to those who might otherwise be hopeful. But talks continue to take place as Lucic becomes a load-bearing pillar that affects other decisions on personnel, such as impending UFA Trevor Lewis. Because re-signing Lucic is a clear priority for the team, should any other to-be UFAs such as Lewis sign a new contract, it would be an indication that the team is moving on from its top target. That obviously hasn’t happened yet.

In other words, talks are still taking place, but the tone remains “hopeful” or “open,” rather than “particularly optimistic.”

Los Angeles has allocated $64.843M to 19 players for the 2016-17 season, dollar figures that include Mike Richards’ cap recapture and settlement but not the retention-affected $2.25M cap hit for Vincent Lecavalier, who has confirmed that he is retiring. Teams may have up to 23 players on the active roster, while next season’s salary cap is expected to remain “relatively flat,” according to NHL Deputy Commissioner Bill Daly. The 2015-16 salary cap was $71.4M, which represented a $2.4M increase from 2014-15.