What are we worried about today? (Cap / Lucic edition) 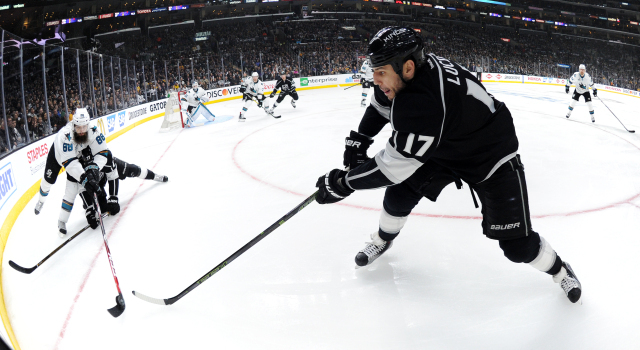 What are we worried about today? Milan Lucic? The salary cap? Sharks and snakes? Let’s start with Lucic and the salary cap, two interrelated topics.

First, there’s the story that the cap could potentially decrease from the 2015-16 ceiling of $71.4-million. Both Elliotte Friedman of Sportsnet and Larry Brooks of the New York Post have spent time on this topic recently. This is a story that is resuscitated every year around this time, when concern over the falling Canadian dollar (which has rebounded a bit to 78 cents of the American dollar), amongst other factors, such as league revenue, leads to concern over the degree to which the salary cap will rise. Every year, there is the question of whether the NHLPA will vote to kick in the 5% escalator, and every year except for one since the implementation of the salary cap, the 5% escalator has been triggered by the players’ vote. The incentive for players to vote against the escalator is that it also inflates escrow payments, which literally removes money from their paychecks. Last year, the announcement that the 2015-16 cap ceiling would rise to $71.4M was announced on June 23. Wrote Brooks: If the union does exercise the bump, then the cap should increase to approximately $72.8M.

This, of course, relates to negotiations with Los Angeles’ key unrestricteds such as Milan Lucic.

Gerry Johansson, the agent for ufa and Vancouver native Milan Lucic says there has been no talks with the Kings of late. #Canucks

That’s in line with much of the chatter I’ve heard. It doesn’t mean that negotiations are dead, or that Lucic’s tenure with the Kings is over, but rather that there’s an impasse at the moment. (Johansson also said “Milan Lucic would love to re-sign with the Kings but is preparing for July 1 as well,” in the interview, as captured by NHL.com.)

Los Angeles has allocated approximately $64.84M to 19 players for the 2016-17 season without addressing an unrestricted free agent crop than includes Trevor Lewis – who very well could command upwards of $2-million on the open market, according to one source – and restricted free agents such as Nic Dowd and Derek Forbort, both of whom will come in well below $1M. They’ll also need a back-up goaltender, though the team sees Peter Budaj as a viable option at $600K should their cap constraints become too weighty.

ELSEWHERE: More strong reporting from the excellent Frank Seravalli, who revisits the circumstances that led Martin Jones to end up in San Jose. It began with the threat of an offer sheet that Los Angeles would not have been able to match.

Jones was reportedly only acquired by Boston as trade bait. After trading defenceman Dougie Hamilton to the Calgary Flames earlier that same day, the Bruins owned the 13th, 14th and 15th overall picks. GM Don Sweeney reportedly planned to peddle Jones and a combination of those picks to move up and take Boston College product Noah Hanifin.

The Carolina Hurricanes may well have been the target at No. 5 overall. Carolina had not yet traded for Eddie Lack and they were seeking a netminder to eventually take the reins from Cam Ward.

Sweeney’s plan never materialized. Carolina selected Hanifin, who went on to play 79 NHL games last season as an 18 year old. And then the goaltending market dried up in a hurry.

AUDIO: Daryl Evans joined Stellick & Simmer on the SiriusXM NHL Network and spoke about Lucic, the Kings’ off-season plans, and the Stanley Cup Final. Here’s a stick tap to Bruce Bolton and Brett Innis for the audio.

More to come this afternoon, including a check-in with Helene Elliott from the Shark Tank… errr, cage.