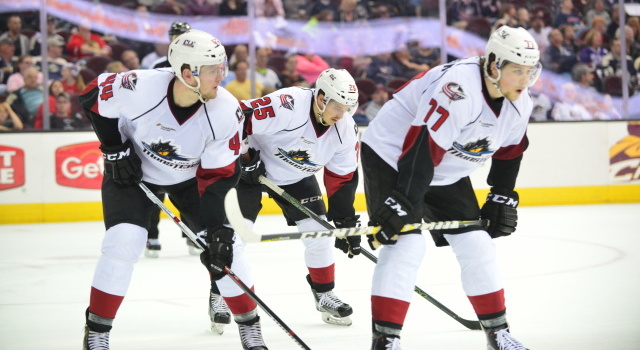 –The Reign gave up four goals for the first time this postseason. They had given up three goals three times previously.

–Sean Backman’s goal was his first of the playoffs and his first since a March 25 game against Stockton in the regular season. In all he went scoreless for 19 games.

–With Budaj pulled late in the third, Adrian Kempe hit the post with less than a minute to go off a feed from Mike Amadio.

–Here’s how the Reign aligned in line rushes:

–Here’s how the Monsters aligned in line rushes: