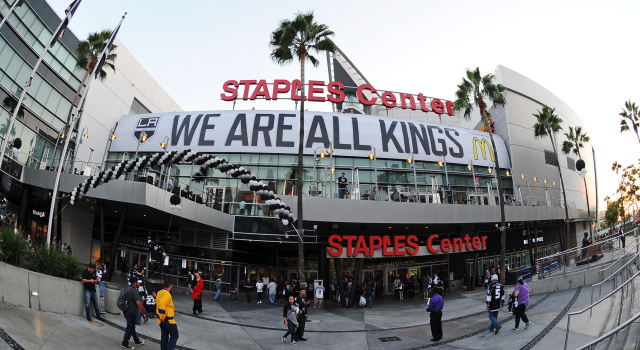 The Daily News compiled its second annual list of the 50 most powerful people in Southern California sports, and the Los Angeles Kings were again well represented by executive figures in ownership and hockey operations as well as in social media and content. After figures 11-50 were released earlier this week, the top 10 were revealed on Thursday. There’s no shocking reach here; the Kings organization claimed the Sports Business Journal’s Sports Team of the Year award in 2015, and four of the five figures who represented the Kings on last year’s list were also recognized this spring. Delivered by Clay Fowler, the 2016 list was selected “by staff based on years of experience, and months of interviews and conversations.”

From the Daily News:

“The sixth-richest sports owner in the world lives in Denver, but he owns L.A. Anschutz, who is worth $10.9 billion, according to Forbes, owns the L.A. Kings, a third of the Lakers and the L.A. Galaxy. Staples Center and StubHub Center are two of 125 sports and music venues worldwide controlled by AEG, which Anschutz nearly sold in 2013 for a reported $7 billion.”

“While owner Philip Anschutz prefers to remain in the background, the president and CEO of AEG is the face of the company that owns the Galaxy, the Kings, Staples Center and StubHub Center, to name a few of AEG’s hundreds of properties around the world. The UCLA graduate recently helped Staples Center land the 2017 NHL All-Star game and 2018 NBA All-Star game, a record sixth such event in L.A.”

“Building the first two championships teams in franchise history in 2012 and 2014 isn’t an easy act to follow. Lombardi’s team missed the playoffs in 2015 and exited the postseason in the first round this season, but the Kings’ nucleus remains strong.”

“One of the best examples of why sports and social media are a perfect combination, the voice behind the L.A. Kings innovative twitter account continues to stay on the cutting edge of digital media. Donahue’s wit and creativity have stolen a few headlines from those on the ice.”