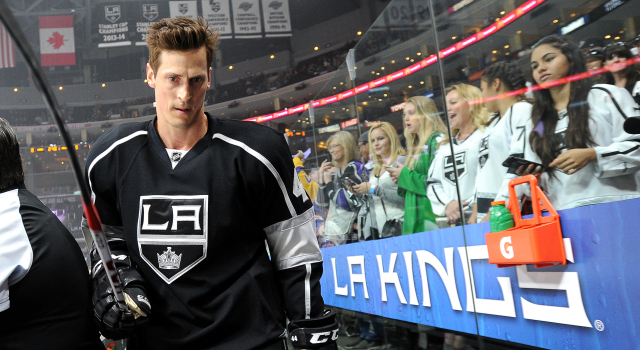 No surprises were dropped by Vincent Lecavalier when he met with the media on Sunday at the Kings’ facility in El Segundo. Yes, the plan is still to retire. No, he hasn’t formally filed paperwork to do so yet. At this point, though, that’s just a procedural formality.

“Yeah, [retiring is] definitely still the plan,” he said, “…I haven’t really thought about it the last couple days. People are texting me, and I’m not even talking about it, but, yeah, it’s the same plan as when I first got here three months ago.”

And those three months, as Lecavalier revealed on Sunday, still leave him with a sincerely positive feeling even though the Kings fell in a first round series to the San Jose Sharks.

But the story today isn’t that Lecavalier is retiring – he has never wavered from that sentiment and has reiterated, several times, that continued to be the plan after it was first reported when he was traded to the Kings – it was that he was thankful for the opportunity to go out as a relied-upon player who succeeded on a good team in a clearly defined role.

“It’s tough to process anything right now,” he said when asked whether he looks at the “big picture” of the full body of work his playing career represents. “It’s only been a couple days here, but honestly, just to be able to get a chance to play – I know I’ve said it over and over, but I think back in November, I was talking to Luc [Robitaille], and I’m like, ‘I think I’m maybe stuck [in Philadelphia]. I’m not playing and getting a chance to play on this team.’ Obviously we didn’t to go where we wanted to go at the end of it, but to get a chance to play and to have fun and to learn, it was just a great time.”

In 1,212 games with the Tampa Bay, Philadelphia and Los Angeles, the first overall pick from the 1998 NHL Draft amassed 421 goals, 528 assists and 949 points. Following his January trade from the Flyers, he appeared in 42 games with the Kings, totaling 10 goals and 17 points.

“I always had that confidence deep down that I could still do well,” he said. “It was great. This is a great team, and I know they’re going to win again, just by the way they act and the leadership group and the talent they have. It’s been great.”

That he still had something to give was recognized when the Kings traveled to Philadelphia and took in the Flyers’ morning skate on November 17. Ditto from when the Flyers practiced in El Segundo shortly before the trade was consummated.

“We watched him practice – we were lucky to do that, play Philly twice and watch him practice,” Darryl Sutter said on February 12. “There was still that there, I think. He’s a proud guy.”

He didn’t win his final playoff series, but he does end his career as someone who clearly had much more than what was showed over his final half-season in Phadelphia, when he got into only seven games over the first three months of the season.

“Like I said, I’ve had a lot of obviously good moments [in my career], and I’ve got to say one of the best is obviously winning the Cup,” he said. “But to get a second chance at playing when you think you might not play again was great. This was just a really good experience for me, these last three or four months.”

At the end of the Kings’ playoff series, Lecavalier noted that there were members of the Sharks who commemorated him on his standout and potentially Hall-of-Fame career in the handshake line.

“A few guys were really nice about it, and a couple guys were ‘Keep playing?’” he said. “It was great that some [of the Sharks] said they’ve watched my career – the younger guys over there.”

When it comes time to leave California – his oldest child is still in school, so there’s no rush – the ultimate plan sounds as though it is to move back to Tampa, as he inferred on Sunday. He didn’t share any concrete plans for the future, but there is an open-ended opportunity, however it manifests itself, to continue to promote the game in the NHL’s most successful 1990’s sunbelt expansion market. He is a pillar of Tampa Bay’s success and a forefather of the franchise’s current competitive ascendance.

But as for the question of how he’ll approach life after hockey, it doesn’t seem as though Lecavalier is gripping his stick tightly while anticipating his decision.

“It’s funny you ask that, because I remember when I was 24 years old, and people would still ask you that question. ‘What are you going to do after hockey?’ And every time [I would answer], ‘Well, I’ll figure it out when that happens,’ and I still really haven’t figured it out,” he said. “But kids, they keep you busy. I’ve got three kids, and they’re at a young age – five, four and three – so it’s a busy house right now. Obviously family’s the most important thing for me, and then we’ll see after that.”

Vincent Lecavalier, on the feeling of playing his final shift in the NHL:
Yeah, that last shift, I was out there the last 22 seconds. Definitely a weird feeling, but any time you lose like that, it was obviously a tough series. I think it still could’ve gone either way, but there’s got to be a winner. You’ve got to give them credit for that.

Lecavalier, on whether he has filed his retirement papers:
No, I haven’t done anything. Like I said, it’s only been a couple days, so I’m not sure how things will be handled or whatever. I’m not quite sure. I haven’t talked to my agent about it or how things actually go.

Lecavalier, on where he plans to live when he retires:
I think we’ve always planned to go to Tampa. I’ve spent 14 years over there. Montreal is home, but Tampa feels like home as well. I assume we’ll go back there. 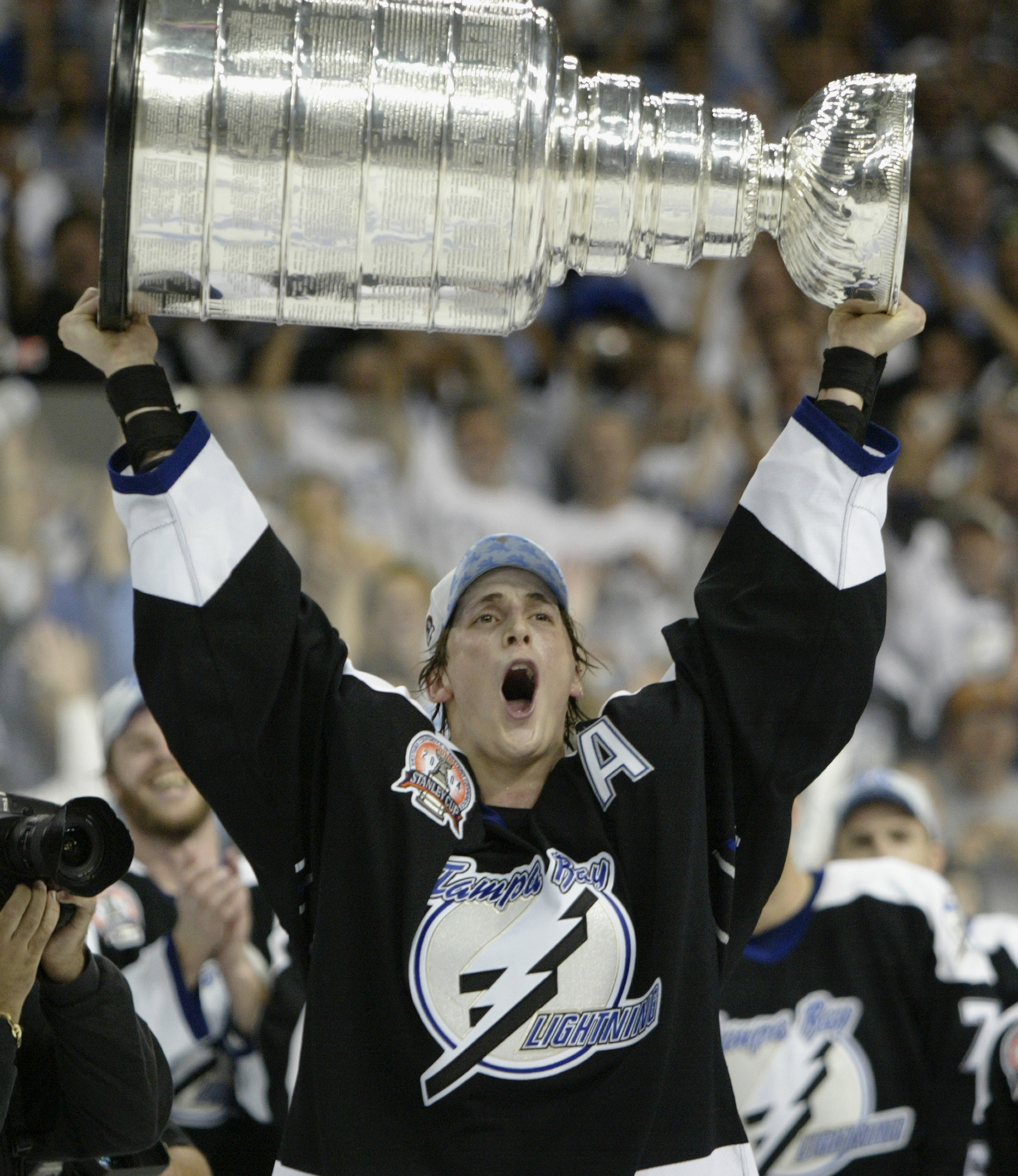