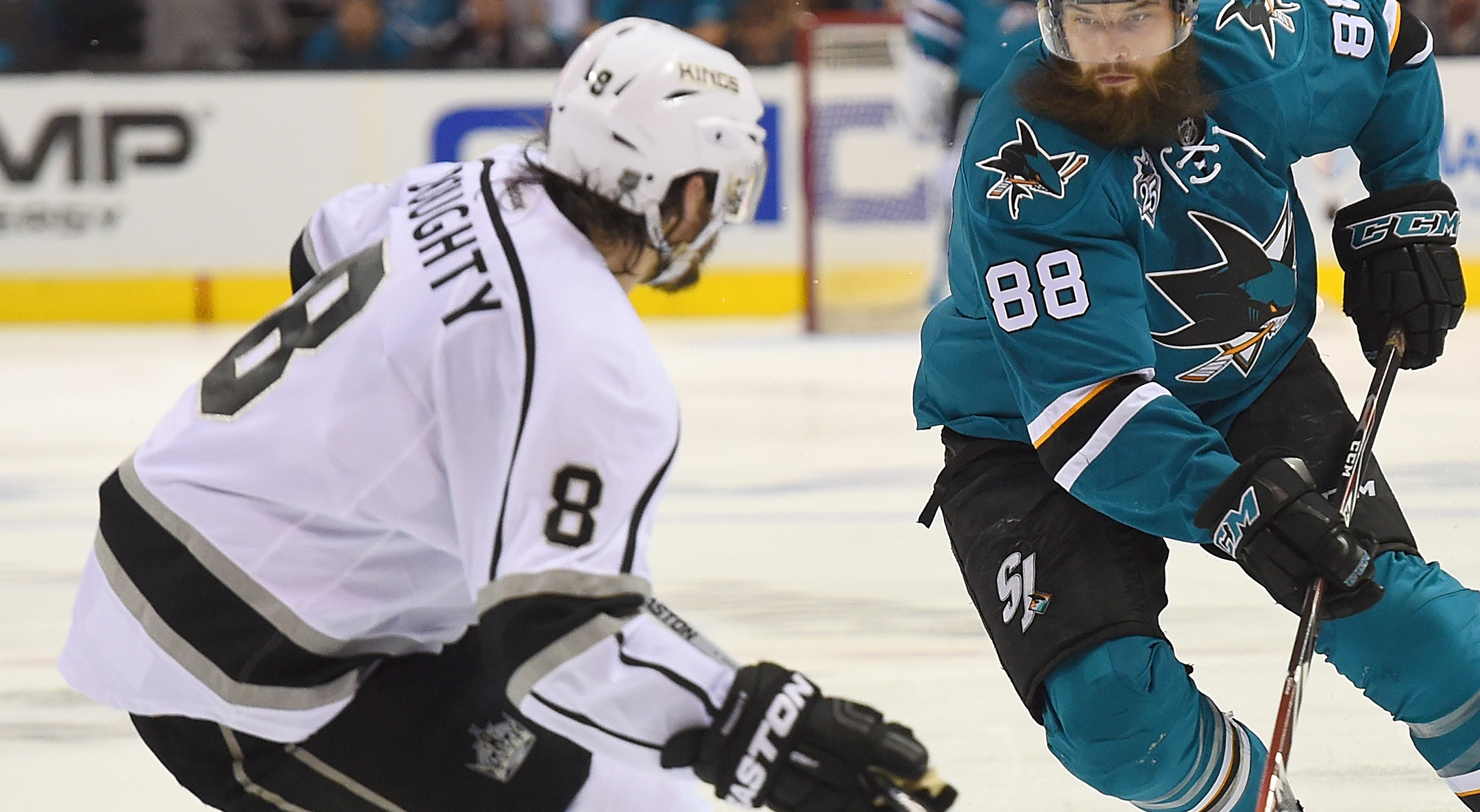 Dustin Brown, on the Kings’ penalty kill:
I thought our PK was really good. That last kill, I broke my stick, got the change, and then Kopi breaks his stick right after. And on the other side, that top power play unit for them has been together – those five guys have probably been the same power play for four or five years now straight, so we found a way, Jonny made some big saves, blocked shots, couple bobbled pucks on their side, breaks that we needed to get, and that was probably the difference in the game, our PK.

Brown, on if this relates to the way they rallied back against San Jose in 2014:
It was just about cutting the series in half tonight. That’s what our mindset was coming up here, we accomplished that tonight. Recover and reload for Game 4.

Tanner Pearson, on his OT goal:
Brownie obviously made a nice hit at the blue line there, and I think their D-man was trying to jump up in the play, and it turned over the puck to me, and I was able to create a two-on-one. I knew Vinny was with me, I just didn’t want to risk forcing a pass across and turning it over, I just wanted to get it on net. I thought making a move a bit to his left and putting it on the ice was a good play.

Pearson, on what ran through his head when he saw the puck go in:
Game over, and we won Game 3, so that’s what we wanted to come in and do, and we accomplished that.

Pearson, on how the win changes the team’s mood:
I don’t think it changes any kind of mood, I think the focus still stays the same. We’re still down 2-1 in this series, we’ll look at some stuff tomorrow and get back at it for Thursday’s game.

Pearson, on recovering from the Sharks’ early goal:
We knew they were going to come out hard in this building, they always do. Tt’s not the start that we wanted obviously, but we’ve really got to trust each other that we’re going to bounce back, and it took us into overtime tonight.

Drew Doughty, on the game:
That was a good game, I thought both teams played pretty well, it was kind of back and forth, both teams getting chances, both teams playing pretty well defensively, Quickie made a big save in OT to keep us in it, and a good shot by Pears in OT to win it.

Doughty, on the team’s PK in the third period:
That was a long one, we were almost out there for two minutes, it’s tough, but at those times it comes down to competing and how bad you want it, you want to ignore how tired you can be, you know how important that PK is, and our penalty kill is the staple of this team, we take so much pride in it, and when we get the job done like that, it just gives us momentum and it really lifts our team.

Doughty, on the difference between an 0-3 and 2-1 series:
It’s huge, and that was exactly our approach to tonight before the game, was to cut it in half, make it 2-1, and we did an awesome job at that, so now we’ve got to go out there and win the next one. You know they’re thinking a little bit about it now, so we’re right where we want to be.