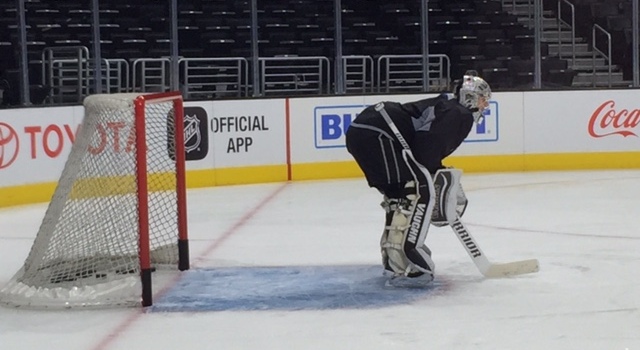 Good morning from the visitors’ NBA room at Staples Center, where we’re waiting for Darryl Sutter to address the media after today’s skate. There were several items of note this morning:

-Marian Gaborik took the first rushes alongside Anze Kopitar and Milan Lucic. This is not a firm indication that he’s in for tonight’s game. There were few clues to who could be in and who could be out tonight, as virtually all players left the ice at more or less the same time, leaving only Matt Greene to remain on the ice with Jhonas Enroth. Nick Shore was also among the players who took initial loops with the team, centering a group that included Dwight King and Trevor Lewis. Initial rushes showed Jeff Carter centering Tanner Pearson and Tyler Toffoli, while Vincent Lecavalier centered Dustin Brown and Kris Versteeg. That’s not to say that Kyle Clifford and Andy Andreoff would be out of the lineup (nor is this to say Gaborik will be in the lineup), but that line rushes didn’t really reveal any hints. As for defense, Brayden McNabb skated alongside Drew Doughty, Jake Muzzin was paired with Luke Schenn, Rob Scuderi with Jamie McBain and Kevin Gravel with Greene. Expect extra players to take warm-ups and a decision on the actual lineup to be made closer to game time.

-Alec Martinez did not skate. He is not expected to play tonight, and it would appear that either McBain or Gravel would replace him in the lineup. Not that you would expect any surprises, but I’ll still get asked about this today: Jonathan Quick was the first goaltender to leave the ice.

With Martinez out, Jamie McBain will get up and atom 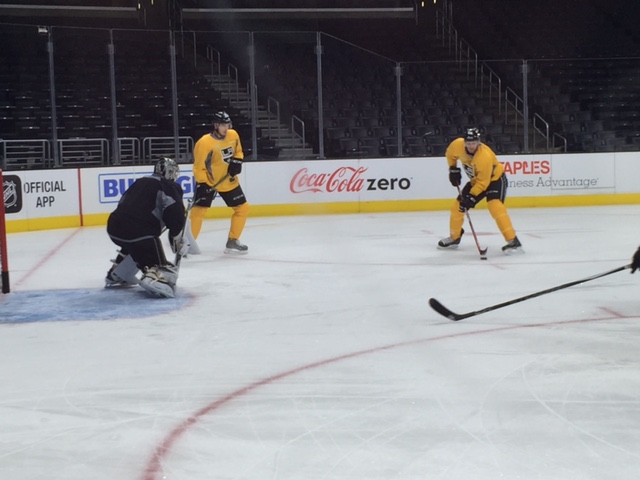 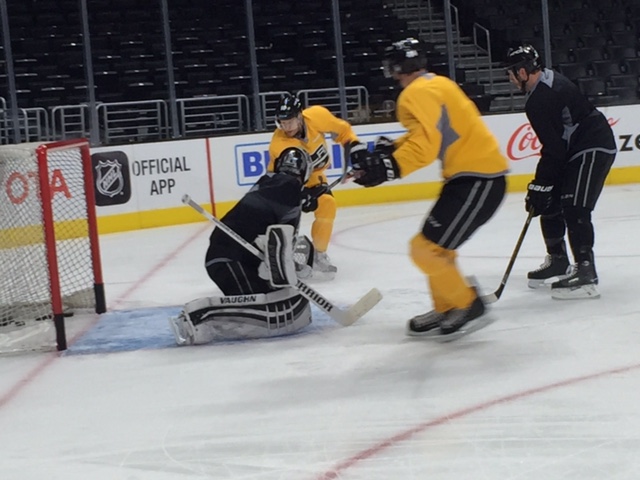 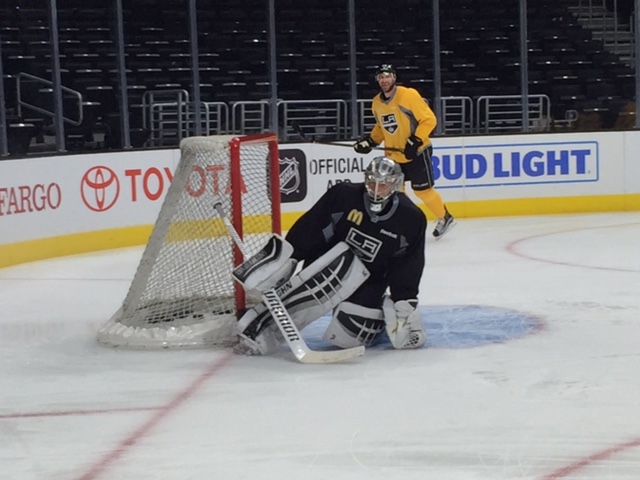