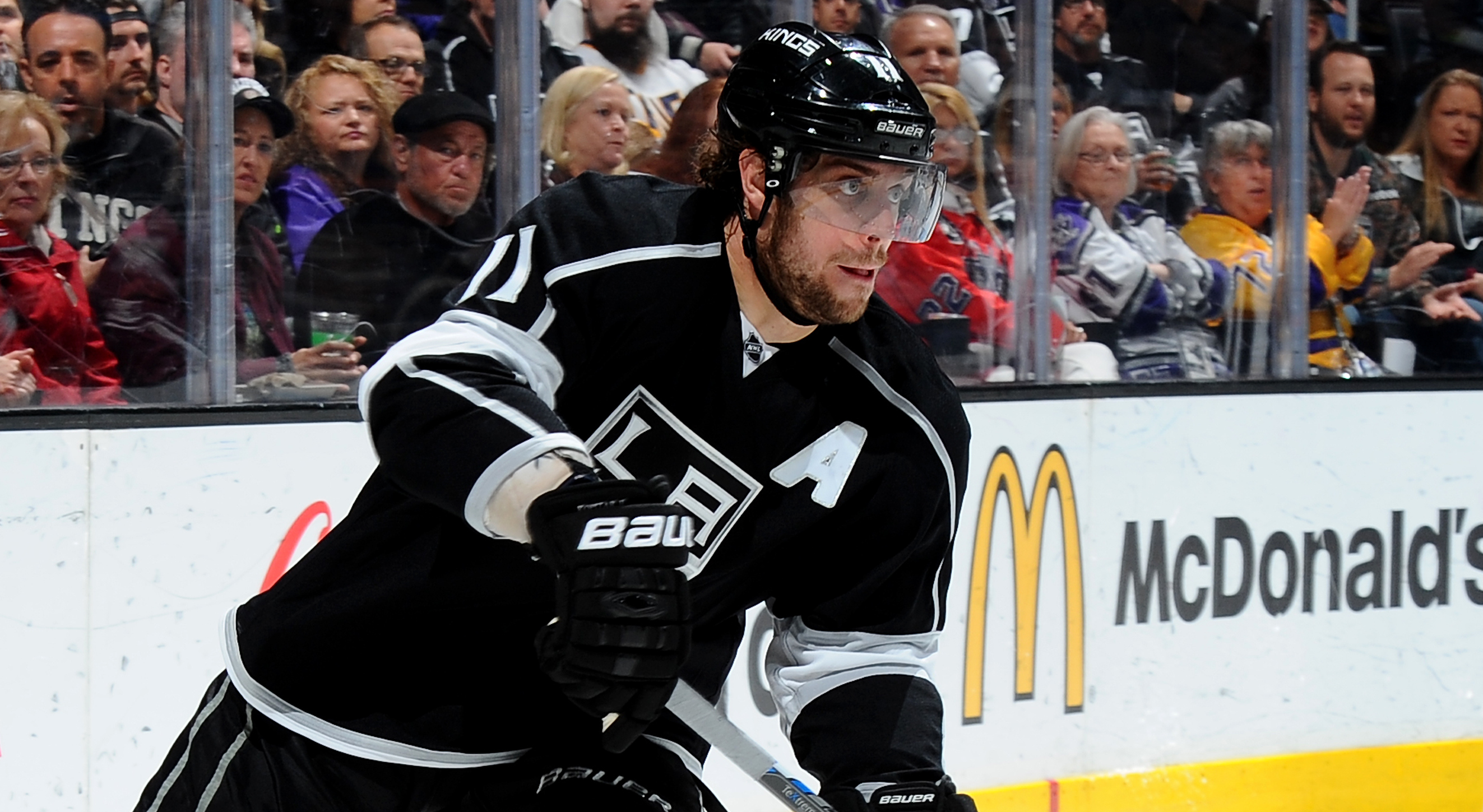 Anze Kopitar, on the team relinquishing a three-goal lead:
We had the start that we wanted and then we just, for whatever reason, we stopped playing, obviously we made a bunch of turnovers that resulted in their goals. The start was good, but the second and third period were not very good.

Kopitar, on if it’s frustrating to no longer be in control of their own destiny:
The frustrating part is that we didn’t get the job done tonight, we certainly had every opportunity to win the division, and the bottom line is we didn’t do it.

Kopitar, on what he thinks the team needs to clean up:
The turnovers, and obviously we’ve got to be sharper with the puck and not give them easy rush chances off our mistakes, and just be better checkers then we were.

Kopitar, on how the team will handle the loss moving forward:
Tomorrow we’re going to find out who the team is that we’re playing, and we’ve got to get ready for them, and obviously we all know that playoffs is a different chapter. You’ve got to start playing from scratch, and we’ll be ready to go.

Jake Muzzin, on if he thought the team stopped playing:
We’ve got to play a full 60, I mean we were good for the first half, and then I don’t know what happened, but we kind of just, I don’t know if we thought the game was over. It’s tough to win in this league, and it was proven there.

Muzzin, on having to wait until Sunday to find out who they’ll play in the first round:
Yeah it’s frustrating, it’s frustrating that we didn’t finish that game out, we left Quickie out to dry tonight, and that’s disappointing. We’re going to have to change our attitude before the playoffs start, or it’s not going to last long.

Muzzin, on if the game felt like a step back for sharpening up for the playoffs:
I mean the last couple of games we’ve gotten better, we’ve played good game games against Calgary, and then a really good one against Anaheim, and that was kind of the playoff atmosphere in the barn that everyone felt. If we can do that for the playoffs and get everyone involved, emotionally involved in doing that for the next haul here, then we can be a really good team.

Muzzin, on what it’s going to take to be ready for Game 1:
Everyone’s got to buy-in, everyone’s got to dig down and do their job, and if everyone does that, then we’re a good hockey club.