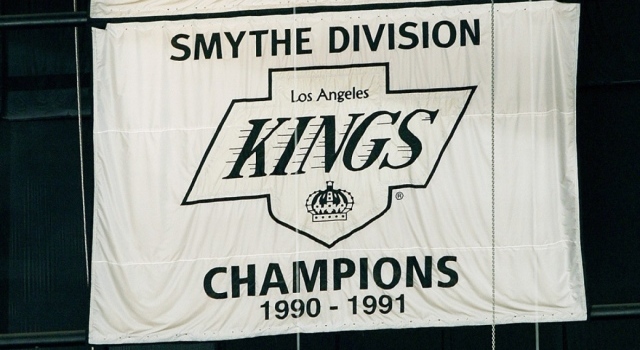 The Kings never stated that their goal this season was to win the Pacific Division, but if the right set of circumstances develops over the final two games, they’ll clinch their first divisional title since March 30, 1991. That was the date when Joe Murphy of Edmonton scored in overtime at Northlands Coliseum on the penultimate day of the regular season and knocked Calgary out of divisional contention, ensuring that the following day’s Kings-Flames game at the Saddledome took on significantly reduced importance. The results drew a standing ovation from that night’s Lakers-Trailblazers game at The Forum, according to Steve Springer’s story in the LA Times.

Because Anaheim can’t catch Los Angeles in regulation/overtime wins, the Kings own the tiebreaker and will win the division if the two teams finish tied.