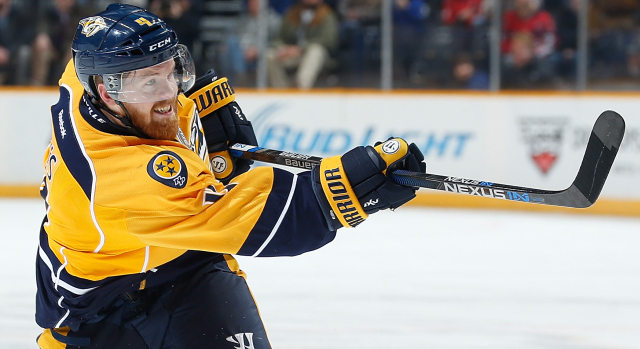 A defensemen capable of contributing offense and more than comfortable getting pucks through in the offensive zone, Ryan Ellis has developed into a reliable two-way defender over recent seasons with the Nashville Predators and has flourished under Peter Laviolette, who has praised the way the 5-foot-10, 180-pound blueliner’s game has matured. Speaking with LA Kings Insider this morning, Ellis, who has four goals in 12 career games against Los Angeles, described the evolution of his game and whether a theoretical first round match-up between the Kings and Predators is on the players’ minds in advance of an important late-season game.