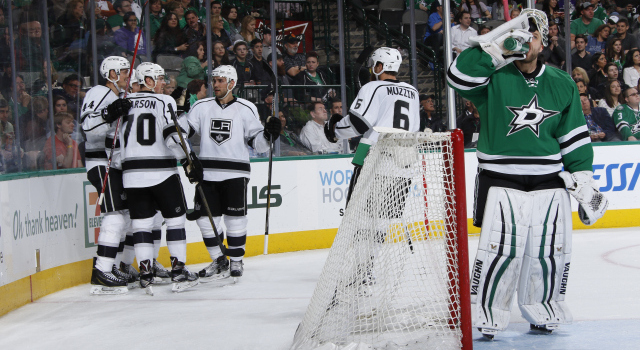 On a strong effort after a quick turnaround:
We’ve shown the ability all year in back-to-backs. We go into a tough rink, tough buildings, and teams with a lot of offense the last two nights. Basically it was based on scoring the first goal – Kopitar’s line last night scores an early goal and it gives you a little momentum.

On having won nine of 12:
We’re trying to make the playoffs. Easy. Show some desperation in your game. Other than odd shifts or odd periods or nights we’ve struggled when we can’t score. Not much you can do about that one.