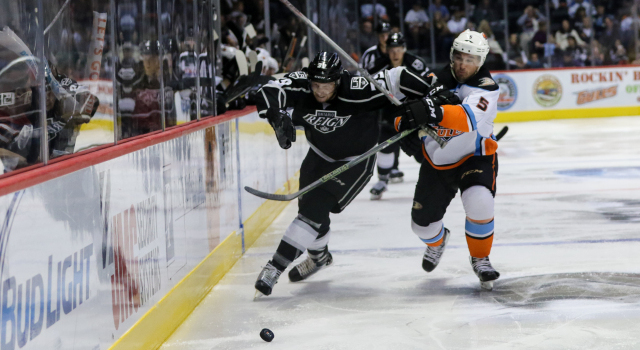 –Adrian Kempe returned to the lineup after missing four games with an upper-body injury and scored for the first time since Jan. 8 against Stockton, collecting his ninth goal of the season.

–Peter Budaj suffered his fourth overtime loss of the season.

–The Reign picked up one point and saw their magic number to get into the playoffs lower to 15 points with 15 games remaining. Their winning percentage of .689 leads the Western Conference.

–The Reign dropped to 3-4-1-1 in head-to-head matchups with the Gulls. The teams will meet three more times, including a back-to-back in San Diego to end the regular season on April 15th and 16th.

–San Diego has points in 10 straight games with a 8-0-1-1 record and continues to sit at third in the Pacific Division with a winning percentage of .600 with 13 games left.