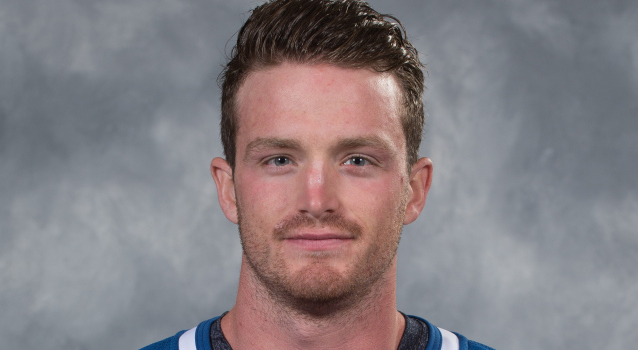 Rampage forward Daniel Maggio has been suspended three games by the AHL for his actions against Reign defenseman Kurtis MacDermid in Sunday’s game, the league announced on Tuesday.

Early in the third period MacDermid finished a check on San Antonio’s Sam Henley behind the Ontario net, Maggio then followed by punching MacDermid from behind and taking him to the ice.

Here’s a video of the incident, courtesy of Sheng Peng:

MacDermid holds up, but Maggio doesn't. Did Maggio retaliate because of MacDermid's reputation? pic.twitter.com/AGby2yOoRf

Maggio, far and away the Rampage’s PIM leader with 107, was suspended under the provisions of AHL Rule 28.1 (supplementary discipline).

MacDermid left the game to but did return to the bench in the final minutes. He did not take another shift. When Reign head coach Mike Stothers was asked to comment on MacDermid’s status after the game, he instead provided a strong reaction about the play via text:

“Dermy took a hell of a shot to the face on a sucker punch from Maggio. No excuse, or explanation can ever justify what he did. That’s the type of crap that injures people and has no business in our game. He fights (San Diego Gulls’ Brian) McGrattan toe to toe and knocks him out cold with a well placed punch to the jaw. What the hell does he think is going to happen when he sucker punches Dermy? He could have seriously injured Kurtis or ended his career. I have no time, and zero patience, for an act of such cowardice. The more I watch it the more sickened I become. That’s not a sign of toughness it’s an act of stupidity. There is no room for that crap in our game or anywhere else for that matter. First name gutless, last name stupid.”

The fight in which Stothers references, is one where Maggio knocked out McGrattan during a Jan. 19 game. Video of that altercation went instantly viral and sparked a debate about fighting and its purpose in the sport.

The Reign play the Rampage on Wednesday night at 5 p.m. PT, which will be the first game served for Maggio. He will also miss San Antonio’s upcoming games against Lake Erie on Friday and Sunday.

MacDermid himself has a reputation in the league, as he was assessed a 12-game suspension for his check to the head of the Gulls’ Matt Bailey on Dec. 26 of last year.