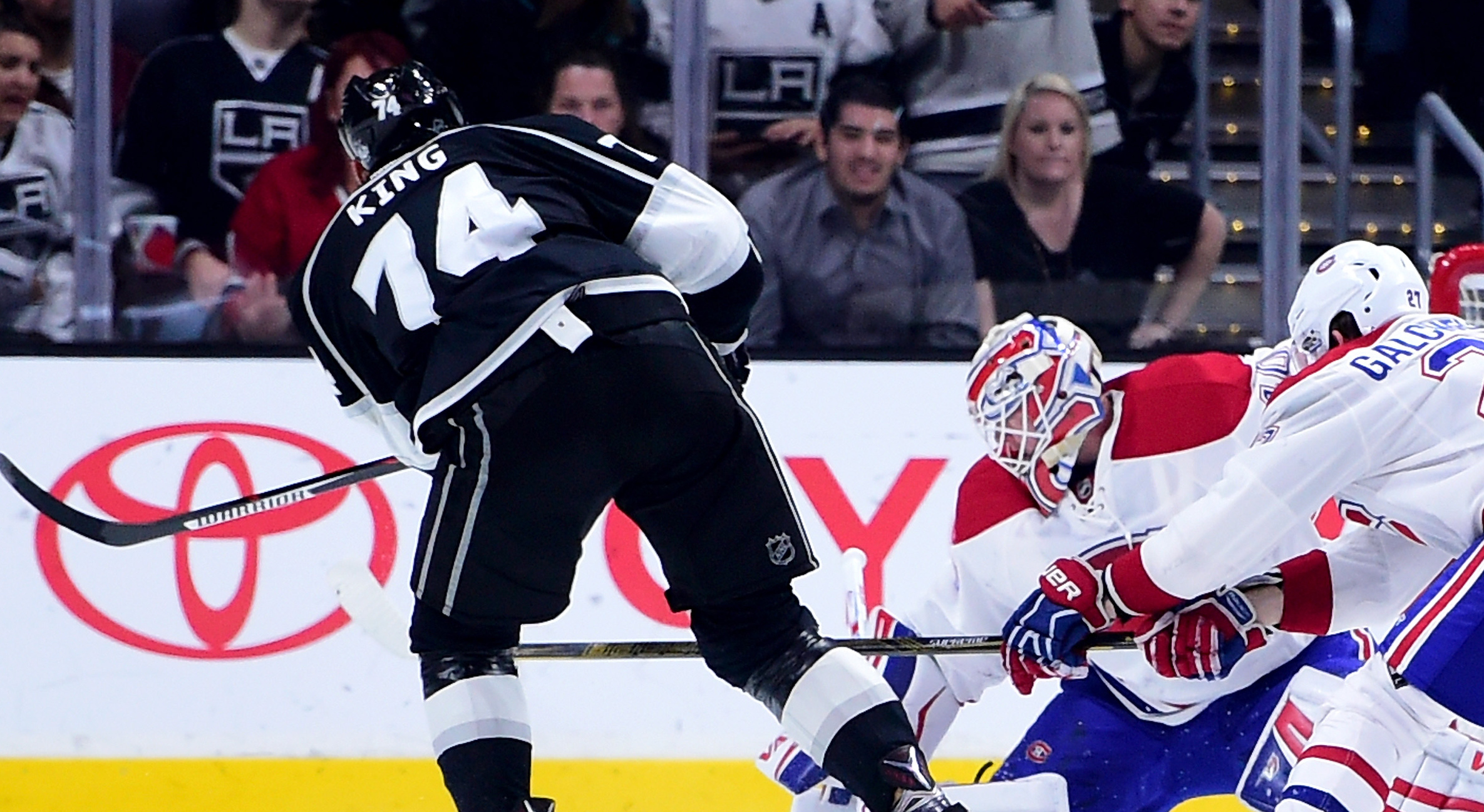 Dwight King, on the team scoring three goals for the first time in eight games:
I think everybody’s just gripping their sticks a little bit obviously and just focusing on scoring, and then having a little bit of a break, it’s kind of refreshing; it helps too, those three days, and then tonight throwing everything at the net we got rewarded.

King, on beating Scrivens through the five-hole:
Yeah I was kind of looking for it because I had a little time coming in, and once I got across the blue-line I went for the slap-shot fake and just once he got moving, slid it through.

King, on the team winning another one-goal game:
Yeah, we would have liked to close that one out at 3-1 but they got the second goal, but we found a way to seal it up.

King, on how he felt the team played overall:
We had a couple of lapses but we started really strong, they came out kind of at the end of the first, then overall we kind of built, like I said we probably didn’t want to give up that second goal but we finished the game strong.

King, on if he was surprised the game was so tight in the third:
It’s been a lot of tight games around here of late, obviously they played a really good game last night in Anaheim, we watched a little bit of video on that, we knew they played hard, and it just came down to scoring goals tonight and we were fortunate to be on the winning side.

King, on if he was surprised with Montreal’s speed:
I think all of the Eastern teams kind of play an up-tempo type of transition game, they’ve got their legs going obviously, we tried to clamp it down a little bit and play our game, we obviously play a little different of a style, and we’re fortunate to score more goals than they did.

King, on how important it was to get a third goal:
Yeah, it’s a step in the right direction, obviously the win is the only thing that matters, as long as we get everybody building more confidence, we’ve got 20 games left or so, then head into the playoffs.

King, on looking ahead to Saturday’s game vs Anaheim:
It’s going to be the biggest game of the year, everybody knows that going in obviously, knows what’s on the line, everybody’s aware of that so it’s going to be pretty much playoff hockey.

Kris Versteeg, on his first game in a Kings uniform:
Yeah it was good, a good win, we played hard and it was exciting to be a part of a big win.

Versteeg, on if there was a process of learning with the team during the game:
Yeah you’ve got to learn new things and try to be productive and helpful pretty fast, so they were letting me know what I needed to do.