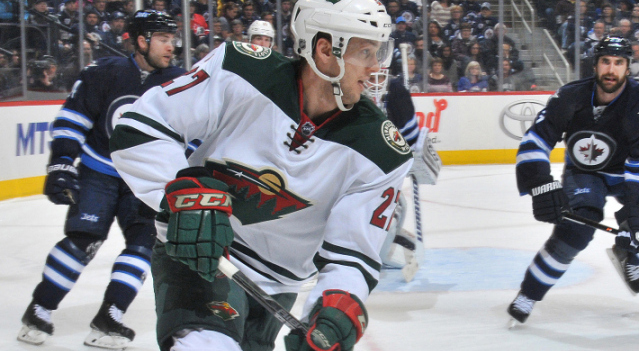 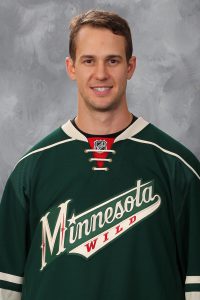 The Los Angeles Kings have made an trade with Minnesota, according to a front office source, having exchanged forward Scott Sabourin for forward Brett Sutter. Sutter, 28, is a son of Kings coach Darryl Sutter.

The six-foot, 192-pound Sutter has four goals, 14 points and a minus-13 rating in 57 games for an Iowa Wild team that has 18 wins in 57 games this season. Originally selected by Calgary in the sixth round in 2005, Sutter has two goals and 10 points in 60 career NHL games with the Flames, Hurricanes and Wild. He is expected to be assigned to AHL-Ontario.

“Good team player, and blazed his own trail,” Darryl Sutter said of Brett when the Kings and Hurricanes faced each other in October, 2013. “…It’s not a big deal coaching against him. We’ve been in locker rooms our whole lives. The only time I’ve coached him – actually, the only time I’ve been on the ice with him – was in novice hockey, actually, when he was a kid. But he’s grown up in a dressing room, and he knows what’s going on.”

There was a really nice Des Moines Register story on Brett Sutter and his relationship with his brother, Chris, from two Octobers ago. That story can be found right here.

“I’m sure he would like to play a lot more than he has been and I would like to play him a lot more than he has,” Reign coach Mike Stothers told Ontario Reign Insider Lindsay Czarnecki on February 17. “So, it’s a work in progress but I can tell you one thing, he’s a terrific individual, he’s a hard-working guy. Whether he’s in the lineup or he’s not in the lineup he’s a great teammate. … As you saw tonight, he hasn’t played in a month, went out and played a real good game for us. That’s what you need to do. ”