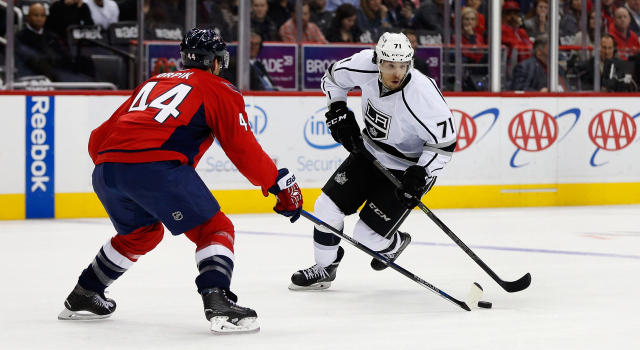 Los Angeles placed forward Jordan Nolan (undisclosed) on injured reserve Sunday afternoon in a move that creates roster flexibility in advance of Monday’s 12:00 p.m. trading deadline. Nolan last played in the 2-1 overtime loss to St. Louis on February 28, so he’s eligible to come off injured reserve at any time.

With Nolan’s placement on IR, they now have 22 active players on the 23-man roster. Should the Kings make a trade in advance of the deadline, they now have an open roster spot for a player should they choose to trade a draft pick or a prospect for an NHL-based asset. Nolan did not skate at Honda Center Sunday morning and has missed four consecutive games with an injury that is not expected to keep him sidelined for any serious length of time. Like Anze Kopitar and Jonathan Quick before him, Nolan’s injury is of the “day-to-day” variety.

Los Angeles had made a serious push for rental forward Teddy Purcell, though negotiations with Edmonton stalled late Friday when a prospect – believed to be Nikolai Prokhorkin – would not sign a contract and commit to playing in North America. Though a deal appeared to be in place, Purcell ultimately was traded to Florida for a third round pick.

In 52 games this season, Nolan has five assists, an even rating and 38 penalty minutes.