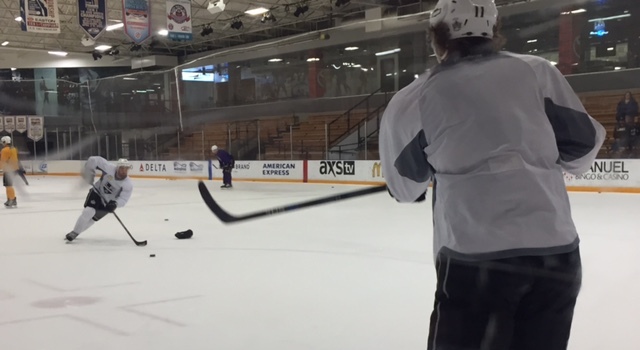 Good morning to you, Insiders, from the hallway outside the Kings’ dressing room at Toyota Sports Center. Considering the team returned from a two-week trip only 33 hours prior to taking the ice, Monday’s practice wasn’t the same length as their more recent Toyota Sports Center practices the first weekend of the month.

After getting their legs loose with flow-type drills, they rotated through lines and practiced odd-man rushes through the neutral zone with both defensemen and forwards defending. As players began trickling off the ice, the team concluded practice with individual skill work and around-the-net burying drills.

-Neither Anze Kopitar (lower-body) nor Jordan Nolan (undisclosed) skated as part of a line, but that doesn’t mean they’ll necessarily be out against Calgary tomorrow. Both players will continue to be evaluated on a day-by-day process. Kopitar said that had Saturday’s game been a playoff game, he’d “definitely have tried it.” He continued: “Right now, being still a little bit of time until April, it was the best for me to take the rest and get back to 100%.” He said there was one incident that spurred the injury. “I felt good before the game. It just tightened up on me, and that was it. I didn’t have enough strength [where] I thought I could be effective on the ice.” Interestingly, he said he wasn’t feeling particularly strong the day leading up to the New York Rangers game — and then recorded his third career hat trick. Nolan said he has been progressing; he remains day-to-day as well. I appreciate all the inquiries, Kings fans, but let’s wait until tomorrow’s morning skate to see whether they’ll be in Tuesday night. Story to come this afternoon.

-Darryl Sutter was complimentary of the Kings’ resilience on the trip, which ended with a .500 points percentage as the team rallied for three of four points at St. Louis and Nashville despite lacking Kopitar for five of six periods and Marian Gaborik for all six. Quotes to follow shortly.

-I’ll be working on Legends Night coverage this afternoon – be on the lookout for a Mike Donnelly story! – and have a personal appointment later today, so bear with some blog delays. More to come from El Segundo, Insiders. 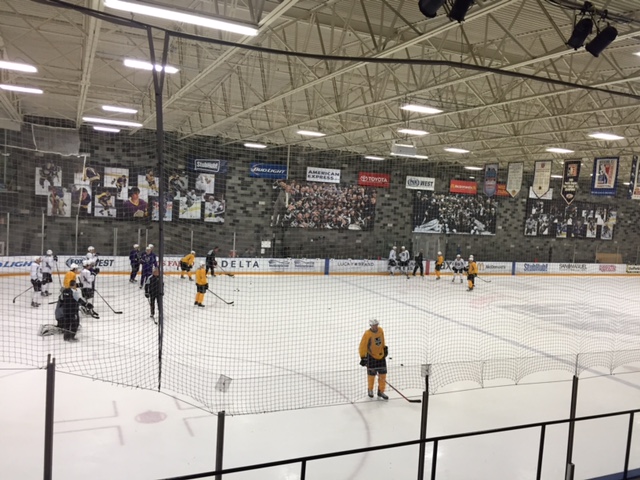