Kings call up Mersch from Reign 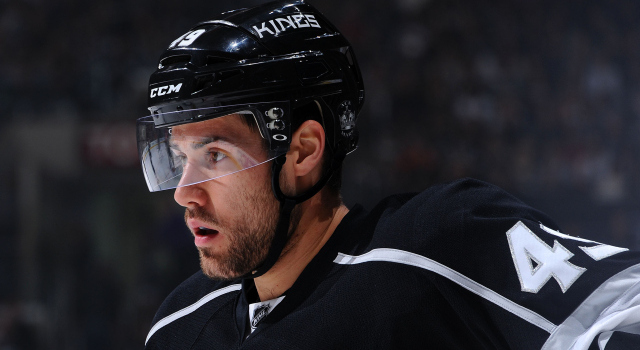 Michael Mersch has been called up to the Kings, a Kings hockey operations source has confirmed.

The left winger was not in the Reign lineup on Friday night as the team prepared to face Texas in Ontario. The Kings play tomorrow in Nashville at 5 p.m.

Mersch, 23, started the season with the Reign and earned his first NHL call-up in December, making his debut on Dec. 11, 2015, against Pittsburgh. In total, Mersch played 15 games with the Kings, registering one goal and three assists.

Mersch had a breakaway goal in Wednesday’s 6-1 win over Stockton where he used his speed to get by a defender for a backhanded goal. Speed was one of the areas of his game the Kings had asked him to work on in his reassignment, and Reign head coach Mike Stothers made sure to point out the improvement after the victory: “[Mersch’s] goal, did you see him pulling away with that great breakaway speed of his? Want that duly noted: There was some great speed by shown by Michael Mersch.”