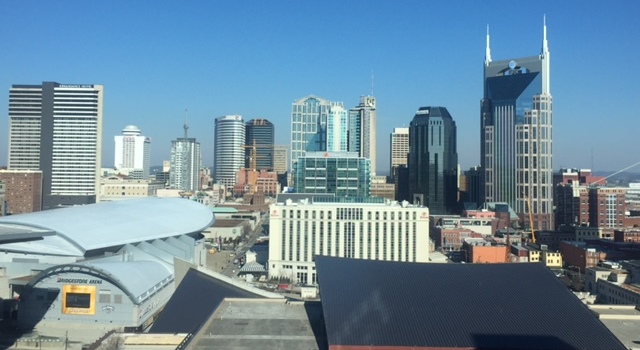 It’s a beautiful morning in Nashville, as you can see from the skyline above, which captures the Eye of Sauron-looking AT&T Building. It’s usually rainy when we’re here – we should get wet tomorrow – so a clear, mid-60’s day is ideal after the absolute zero temperatures endured in New York.

Speaking of New York, here’s a story that doesn’t relate at all to Nashville, but it’s been on my mind ever since we left Manhattan, and now that the road trip is growing to a close, I thought I’d share it with you. For three nights we stayed at a really nice New York hotel near Battery Park, and for the entirety of our stay, a suite on our floor was guarded around the clock by multiple bodyguards. These are things we usually don’t see when we visit Calgary.

These bodyguards weren’t messing around or cracking smiles. There were two, one located near the elevator bank, and one directly outside of the suite. I’m not sure if the bodyguards spoke English. We tried to get them to say a word or two – one night after enjoying a beverage downstairs – but they stood, stonefaced. No facial expressions.

The day of the Islanders game, I ordered room service breakfast because I was blogging and too lazy to walk a block or two to a take-out place. When the server came up to the room, I asked him if he knew anything about the mysterious person staying on our floor who needed multiple bodyguards.

“Yes, I do! It is the president of Luanda. Isn’t that great?”

“The President of Luanda in this hotel, really?”

“Yes, he has business in town.”

I then tipped the server and went back to blogging and then thought for a moment, “Wait a minute, that sounds fishy because Luanda is a city, not a country, and I do not believe it has enough administrative jurisdiction to justify an executive head of state.” Perhaps he meant Angola? And then I thought, “Why would a hotel representative give me an honest answer instead of trying to protect the security and anonymity of one if its guests?” I raised these questions with one of our PR reps downstairs as we waited for Dustin Brown and Jeff Carter to come downstairs and answer a few questions, and he told me, “Yeah, that’s because it’s Adele that’s staying on your floor.”

Adele? Really? That’s as fishy as the President of Luanda, considering she performed at The Wiltern the following night and for the next several days remained in L.A. for The Grammys. It’s conceivable to think that she kept her hotel room in New York should she have needed to make a quick trip across the country and back, but those bodyguards who may or may not have known how to speak English indicated otherwise. So there’s really no punch line or endgame to this story. There was someone important enough staying on our floor to necessitate multiple bodyguards, and we don’t know who it was.

The Kings practice at 2:00 p.m. local time today. Here is a photo of (Munters?) cooling units atop the Country Music Hall of Fame. Enjoy your Friday, Insiders. WUWTK will be up in two hours. 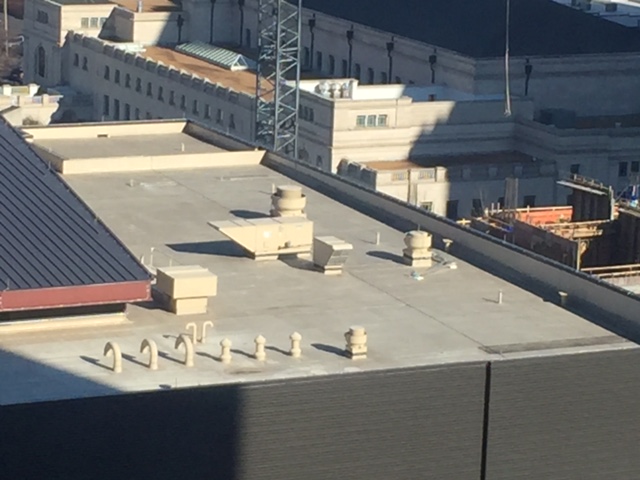