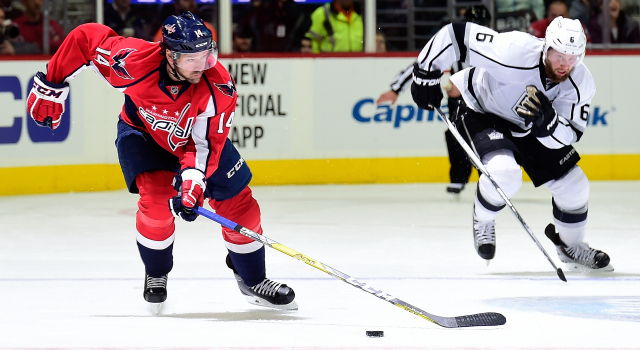 On whether the game’s tightness had a playoff feel:
Yeah, it was two really good teams, and both goalies made some big saves. We couldn’t get that second one. We had lots of good opportunities. You know what, the last five minutes, you’re just trusting the guys you have on the ice and probably got caught with some inexperience on the back end on that last goal.

On similarities to other recent games where the team played well but lost:
Well, we’ve played a lot of different-type teams. This is obviously a different type of team than New Jersey where it’s a high-scoring, best team in the league tonight. I’d like to get that other one. If it’s that close, you should be fighting for that other point. It’s a tough one.

On the strong penalty killing:
Both teams have great power plays. I think ours is just as good as theirs, so give both teams’ penalty killers a lot of credit.

On Jonathan Quick’s performance:
He hadn’t played in a week, so he should be game-ready. A week today, actually, I think.