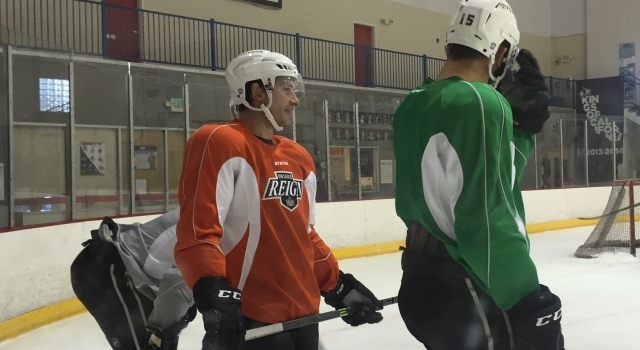 Gogol, a 24-year-old, Calgary, Alberta, native, joined the team on Nov. 28, 2015. Known for his fighting, Gogol appeared in just seven games with the Reign, collecting 30 PIM (four fighting majors) and no points.

He played in six of the team’s nine games in December but was a healthy scratch the last 15 contests, appearing in what would be his final game with Ontario on Jan. 2 against Charlotte. Gogol cracked the lineup mostly during Michael Mersch’s call-up with the Kings, appearing in his first game on Dec. 12, which was the Reign’s first without Mersch.

In his second game on Dec. 13, Gogol fought San Jose’s Alex Gallant, a bout in which Reign head coach Mike Stothers had this to say: “Well I saw a pretty good dustup today. Looked like both of those guys were swinging for the fences. Wasn’t much defense involved in that fight. They weren’t really feeling each other out. It was spirited and I think that’s kind of what we were expecting when we got him. He’s an energy guy. He’s fearless and I thought he gave us two good games.”

Gogol was in the midst of this fifth AHL season after previous stints with the Worcester Sharks and the Iowa Wild.