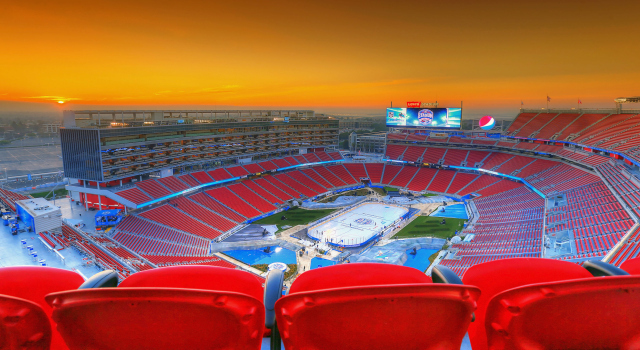 There are a pair of Broncos fans on the Kings, and it doesn’t take much sleuthing to blow their cover.

The team’s lone Coloradan, Nick Shore recalled catching a game at old Mile High Stadium, the Broncos’ base from which they launched their 1998 and 1999 title campaigns. It was the game in which Jason Elam nailed an NFL-record 63 yard field goal.

“Everyone’s always followed them ever since Elway started there,” he said of his family, “so we got to see a couple championships when we were younger, so that was cool.”

Trevor Lewis of neighboring Utah followed the Broncos because his father was a fan, a bond with a team that strengthened when he spent two years living in Colorado Springs, playing for the Pike’s Peak Miners.

Are there any other closet Broncos fans on the Kings?

“I think we’re the two real fans,” Lewis said of himself and Shore. “I think some guys [on the team] are hopping on the bandwagon a little.”

As it is in so many workplaces, the players bond over football, and especially in the fall, it’s not a strange sight to see New York Giants or Buffalo Bills caps alongside the more traditional Toronto Blue Jays lids. And even though it’s not attire he’d wear to practice, Nick Shore does have his own Von Miller jersey.

“When that team is doing well, the whole city is behind it,” Shore said of the football-dominated Denver sports scene. “Even when they’re not doing as well, everyone still is a huge Broncos fan.”

“It’s a great sports town, and growing up, it was awesome. I got to see them win a couple times, so I’m hoping to see another one tomorrow.”

Related: ARE YOU READY FOR SOME (CFL) FOOTBALL?