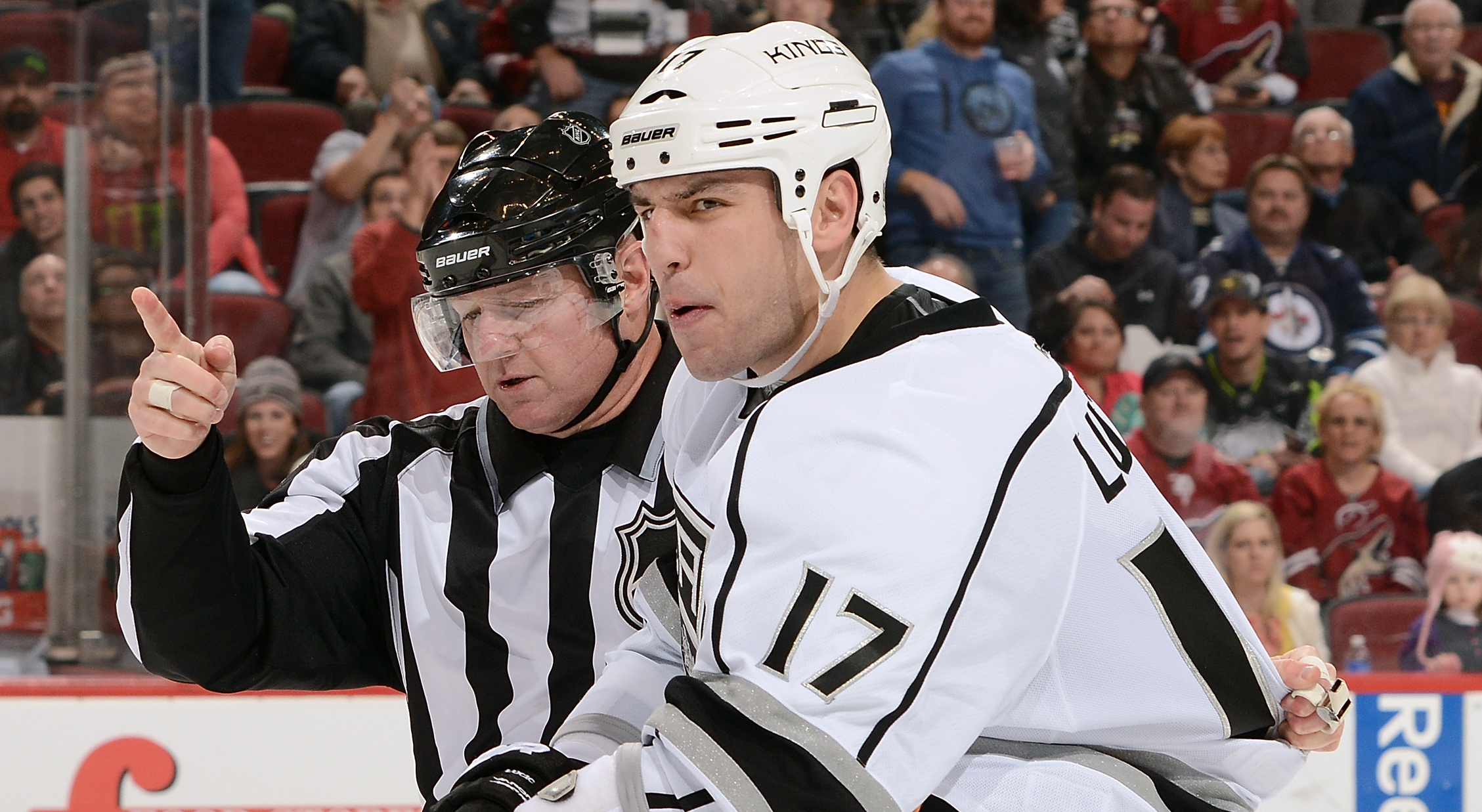 Dustin Brown, on Jordan Martinook’s game-winning goal:
It was just a high flip and I think Dewy went up to maybe bat it down with his hand and he just missed it. It’s just one of those plays that just happens sometimes and the guy made a pretty good play.

Brown, on being able to fight their way back to a 2-2 tie in the second period:
I thought it was our best period, probably. Again, on that PK, we’ve got to find a way to kill those, I mean they made a really good play, but we’re able to win games when we’re killing penalties. I think we got a little bit of momentum, but again, we gave up a goal early in the third and the momentum swung a little bit.

Milan Lucic, on if his wrist is OK:
Yeah, thankfully. Thankfully x-rays came back negative. I mean, if I don’t react, I don’t think he even calls a penalty. Same guy – Brad Meier. I think this is the fourth time he’s kicked me out of a game. It’s always the same thing with him, It’s if guys can take liberties on me and it’s not a penalty. If I do something, then I’m automatically kicked out of the game. It’s just unfortunate that it is that way with him, and I’ve just got to move on and not get frustrated by the referees in the game.

Lucic, on if he feared the worst in regards to his wrist:
Well my whole hand went numb. I truly thought of the worst because I couldn’t feel my hand after the slash like that, and that’s the way I reacted the way that I did. Luckily we didn’t go four-on-four, we still had the power play, but you know, like I said, I’m just thankful that everything came back negative.

Lucic, on the emotion and circumstances heading into tomorrow’s game at San Jose:
I think we just have to be ready to play, we have to have a better start, a better first period. It wasn’t there tonight, just got to get back to playing our game as a 20-man unit. You see when everyone shows up to play, that’s when we have success, but when some guys aren’t showing up, it doesn’t work. We’re a team that needs to be team-tough, and that needs to stick together in order to get wins, and obviously throughout the course of a season things aren’t always going to go the way that you hope, and there’s going to be some adversity, and it’s how you get out of it that makes you stronger, and you have to learn how to deal with that adversity. So like you said, another emotional game going into tomorrow night, so we need to make sure that we have a good start.