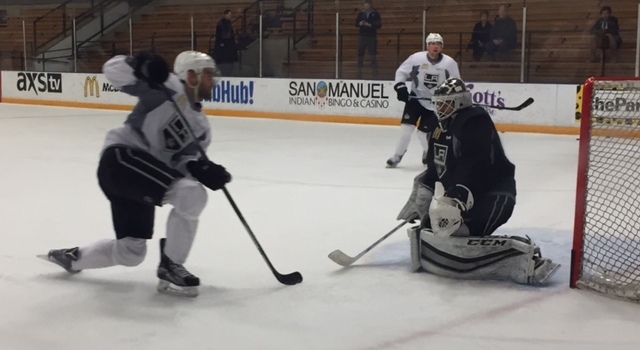 Good morning from beautiful El Segundo, Insiders. In advance of tonight’s game against the Minnesota Wild (7:30 p.m. / FOX Sports West / I Heart Radio / KABC 790), the Kings aligned as such:

-NOT SO FAST. Even though Andy Andreoff took the initial rotations alongside Nick Shore and Tanner Pearson, he remained on for a good amount of extra work as Jordan Nolan exited the ice with the majority of his teammates. Either could play; expect both to take warm-ups.

-Happy birthday, Jonathan Quick (30) and Brayden McNabb (25). Quick was the first goalie off the ice at the morning skate, so his present will be having to fight off Charlie Coyle screens.

-The Wild enter tonight’s game having lost five in a row in regulation and having scored once – a Jarret Stoll first period marker in a 3-1 loss to Anaheim last night – in their previous three games. That matters little, because they’re a team known for their excellent structure and systems play. “Minnesota, they’re kind of more similar to us,” Drew Doughty said. “They want to play a lower scoring gamwe and they want to play good defense and capitalize on their chances when they get ’em. They’re a good team.” Staples Center specialist and former (ECHL) Ontario Reign netminder Darcy Kuemper is likely to draw the start. He stopped 35-of-37 in an overtime loss at Los Angeles in October, the Kings’ first win of the season. Former Vancouver first round pick Jordan Schroeder, a former University of Minnesota star, was recalled by the Wild. For visiting team coverage, check out Michael Russo and Chad Graff.

-Stoll will make his first post-Kings appearance at Staples Center tonight. Drew Doughty shared some impressions of what it’ll be like going against a player who served as a pillar of the team’s emotional and leadership core and was a major actor in the club’s ascent towards the NHL’s elite. That story will come out later today. 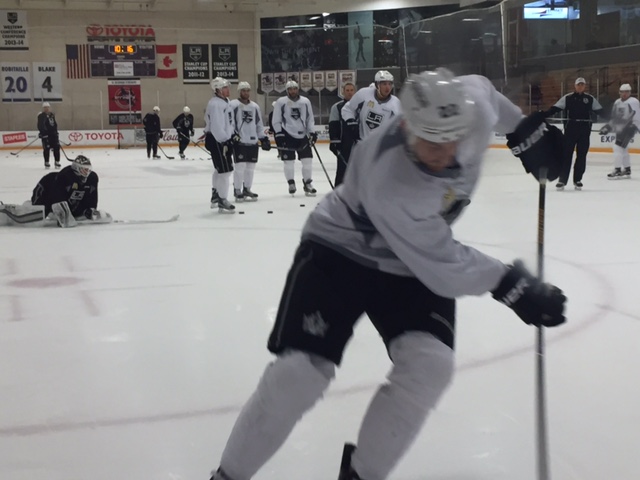