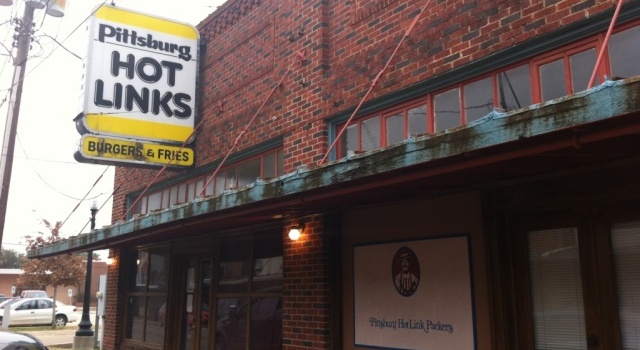 I don’t have an update as of yet on the state of the Anze Kopitar negotiations, though I’m hoping to receive one later today. As I and others have stated repeatedly, it has been expected that the deal would be finalized in January, and with four days absent of any game, it is expected that the current week would have an impact on the timing of an extension for the center. When I have something concrete to share, I’ll do so on both this site and Twitter, as well as various radio and audio outlets.

What do I have for you this morning? Links. Lots and lots of hot links.

–The NFL is returning to Los Angeles. On a scale of 1-10, how much do you care, Insiders? (LA Times)

-Robyn Regehr officially retired from the NHL – as a Calgary Flame, as is appropriate – and appeared to troll a fan in a San Jose Sharks jersey. You will be fondly remembered, Robyn. (Calgary Sun)

-On Kopitar: Gann Matsuda caught up with Dave Taylor, who shared recollections of the team’s scouting efforts in the center’s draft year. (Frozen Royalty)

-Lisa Dillman writes on the turnaround the Kings have experienced this season as well as the key moments in the team’s win over the Red Wings on Monday. (LA Times)

-Apparently in an ESPN montage of championships won by L.A. teams since the Raiders and Rams left town, the Kings were not featured because of a “space issue.” (Puck Daddy)

-Abbey Mastracco looks at the impact Milan Lucic has had since joining the Kings. (LA Daily News)

-The latest Bus Texts With Stothers, this one after a 4-0 Reign loss. It now comes with a fancy graphic, courtesy of Tim at Ironsight|Design! (Reign Insider)

-Surly & Scribe announced that they’ve hung up their bloggin’ skates, and that’s too bad. I’ve always wanted to post links to their stories, but, you know, the Bad Words. Here’s a worthwhile post of theirs that didn’t include any: It’s a lengthy interview with Helene Elliott from September, 2010, and it’s excellent. (Surly & Scribe)