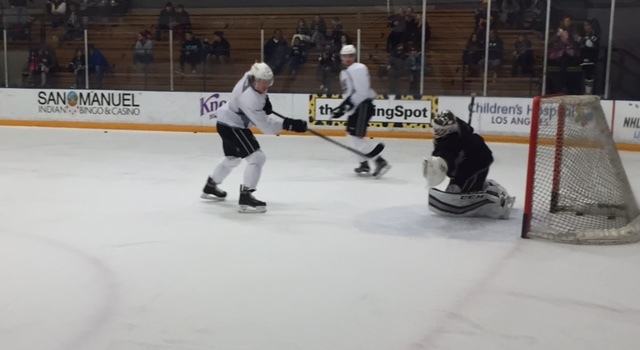 Good day to you from Toyota Sports Center, where the Kings held an optional morning skate. Because several players took the option, no line rushes were held. Jonathan Quick left the ice first and is expected to start in goal, while Jamie McBain, Andy Andreoff and Nick Shore remained on the ice for extra work and are not expected to draw into the lineup. A good bet is that the lines shown yesterday will hold up; no changes are expected from the Toronto game.

-There will still be good content today even though Darryl Sutter was among those taking the option. I asked several players and Associate Coach John Stevens about the way to defend Vladimir Tarasenko, who has a terrific move from the hash marks to the tops of the circles as part of his ultra-skilled repertoire. Vice President of Hockey Operations and Director of Player Personnel Mike Futa also shared some of his impressions of Kings prospects from World Juniors, and I’ll relay those thoughts shortly.

-The Blues are a bit banged up and lost three more players in their 4-3 shootout loss in Anaheim last night. Jake Allen, who left the game early after sustaining an injury in a collision with Corey Perry, will not dress. St. Louis recalled Jordan Binnington from AHL-Chicago to back up Brian Elliott, who is expected to draw the start.

Wrote Jeremy Rutherford of the St. Louis Post-Dispatch in his game recap:

First, Stastny left the ice after a puck shot by teammate Alexander Steen deflected off an Anaheim player and hit him in the face. He did not return and afterwards, his left cheek was swollen. Then, Bouwmeester was drilled by Anaheim’s Ryan Getzlaf, forcing him from the game.

Both were out with upper-body injuries and did not return.

The Blues will be without Stastny and Bouwmeester as well tonight. All three players, including Allen, will be re-evaluated in St. Louis.

The Blues, who have gained a point for an overtime/shootout loss in three straight games, have lost five straight overall but remain among the toughest checking teams in hockey. Los Angeles has won 19 of the last 24 regular season and playoff games in the series, and will carry an 11-game home winning streak (including playoff games) against St. Louis into tonight’s game. 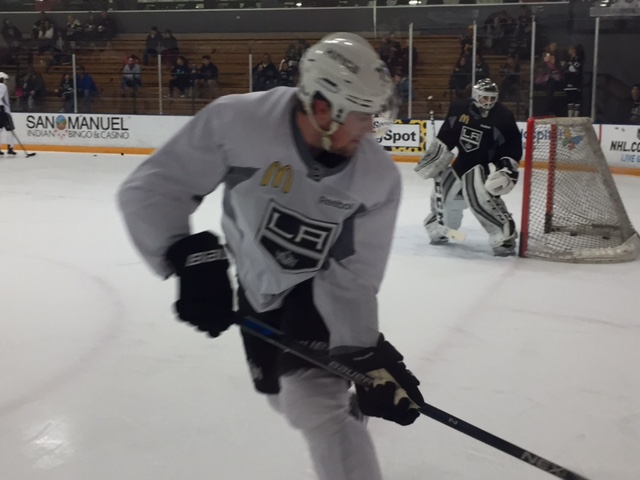