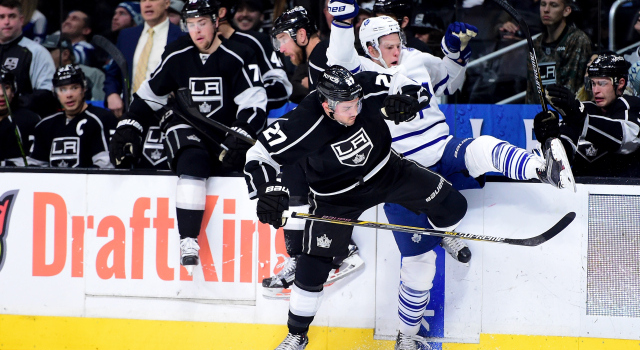 On his impressions of Vincent Lecavalier and Luke Schenn:
They both gave us quality minutes. I’m sure there’s a whole pail of emotions starting yesterday, and then obviously not used to flying, and when they get their time change and do their medicals, it’s not easy, so give ‘em credit. It’s all we wanted, was some quality shifts out of ‘em, and they gave us that.

On whether he worried about playing Lecavalier and Schenn without a practice:
Well, I can talk, and they can talk back, so you do communicate and ask them if they want to play and if they’re available to play, so that would be logical.

On Lecavalier taking faceoffs:
I think he did all night. We talked to him about Jeff coming back and Lewie not a natural centerman. He’s an experienced guy and we needed him to take faceoffs and in changes. We had trouble on faceoffs tonight, quite honest.

On the win over Toronto:
We’ve got two hard checking tight teams that play a real tight game, so it’s a close game.

On Roman Polak’s boarding major on Tyler Toffoli:
I thought it was a major. I like the player, Polak. He’s a good player, but at the same time, it’s a hit from behind, but to me it’s not a big deal. It’s a major penalty.