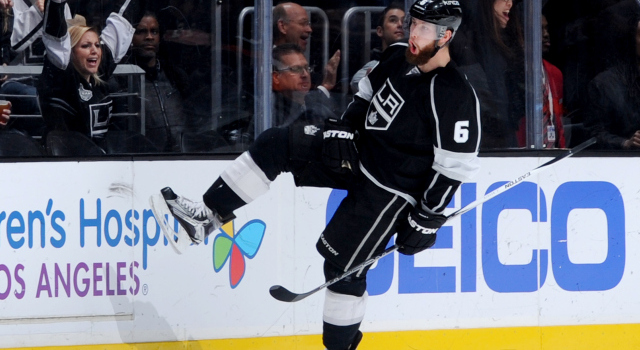 Jake Muzzin, as learned through a collection of minor hockey photos, at one point in his youth had a big, red afro. There are a lot of other things that Kings fans will like about the latest Black and White installment, one of which, as had previously been reported by LAKI, was that Muzzin chose the Kings over the Ducks in a heavy recruiting push to land the multidimensional defenseman after the Pittsburgh Penguins chose not to offer him a contract. It’s all chronicled here: