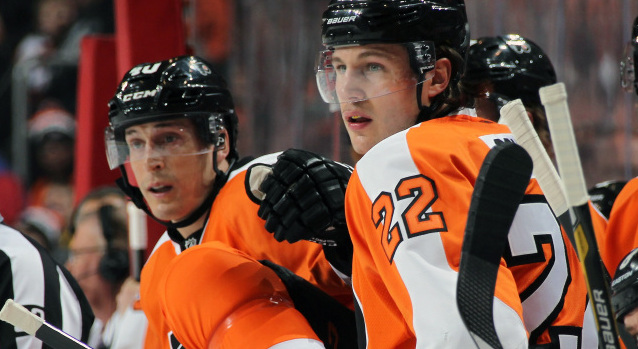 I’m waiting for a few emails back from the Kings’ offices, but it appears that the Kings and Flyers have made a trade, according to these reports from Elliotte Friedman, Bob McKenzie, Renaud Lavoie and Renaud Lavoie:

Lecavalier and Luke Schenn for Weal and a third

Sounds as if LA and PHI have something done. Hearing Luke Schenn L.A. bound. Possibly Lecavalier too? Stay tuned.

There’s obviously a lot more to come, and the expectation is that the Flyers will be eating a significant portion of the salary of Lecavalier, who carries a $4.5M cap hit through 2017-18.

So, I have a doctors appointment that I am unable to get out of. This will take up virtually all of the afternoon, so stay tuned for reports on Twitter and elsewhere. Should more details surface before I leave for the appointment, I will post them to this page. Thank you for understanding. More to come later, including reactions and financial implications.

UPDATE: Some new news on the financials:

Flyers are retaining 50% of both Lecavalier and Schenn's salaries.