Waking up with the Kings: December 23 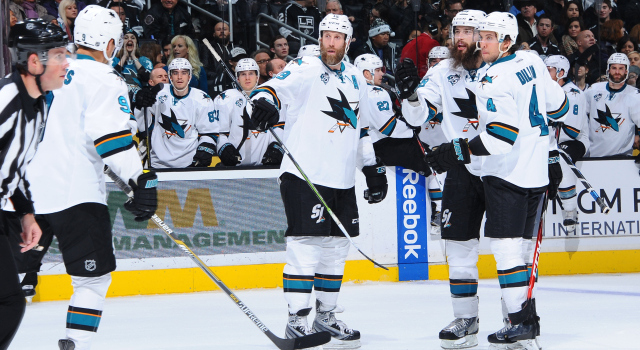 For as much that’s made about the drain of travel – you’ve heard on these pages the affect that changing time zones has on players – the San Jose Sharks, who had played in Ottawa four nights prior and were still trying to shake off remnants of the Central Time Zone after a Sunday night in Chicago, improved as the final game of their five-game road trip progressed, coming from behind by two goals twice to defeat the Los Angeles Kings, 5-3, in the teams’ final game before the Christmas break. For the third straight season, Los Angeles was unable to hold a lead and lost the final game before the league-mandated break, and while I apologize in advance for inducing some fist-shaking and teeth-gnashing, Tuesday’s game did come one year to the day that they surrendered a 3-0 lead to Calgary and lost 4-3 in overtime in a game that carried major down-the-road postseason significance. Enough with the superficial hallmarks – the Kings lost last night because they sustained a two-goal lead for only 57 seconds in the Most Brent Burns Sequence Ever, because Joe Pavelski, one of the league’s most gifted shot deflectors created two goals off deflections and scored the game-winner after wreaking havoc behind the Los Angeles net, because they needed two big third period kills and didn’t get them, and because after the first 18 minutes of the first period, the Sharks found their legs and played a strong road game over the final two periods.

The Kings didn’t lose because Darryl Sutter mixed the lines around, and really, that’s an easy and shallow escape hatch. While the Milan Lucic – Anze Kopitar – Marian Gaborik trio hasn’t yet created its own chemistry or identity, there hasn’t nearly been enough time to form any merited opinion, because Lucic’s GA/60 at five-on-five play is still 5.47 when on the ice with Kopitar and 5.87 with Gaborik. Those numbers might as well read “This sample size is meaningless.” Throw out the first three games of the season, when Lucic was still adapting to playing with his new team and under a new coach. Less value should be put in the highly variable data from the first two weeks of any season. Also, score effects diminished anything gained from Saturday’s game in Toronto, and as noted earlier this week, the team practically had one foot on the plane when a 2-0 game quickly devolved into a 5-0 game. There is a concern that to this point, yes, that line still has more of an oil-and-water than a hydrogen-hydrogen-and-oxygen feel. But lines change both in-game and more than a dozen times a season, and the team needs to get its left wingers beyond Lucic going. Tuesday’s game went a ways towards reincorporating Tanner Pearson back into the offensive attack, and Pearson is a better fit alongside Jeff Carter and Tyler Toffoli than he is alongside Kopitar and Gaborik. If – it hasn’t happened yet, but if – Lucic is able to find a home alongside Kopitar, the offensive numbers will benefit. Who knows, though – perhaps this two-game reintroduction ends in the first game after the break, and Los Angeles ventures into the desert to face the Coyotes with previously established lines in tow. But if that happens, L.A. is back to square one with trying to squeeze more production out of the left side. Reading Twitter, it was clear that a lot of people disagreed with the line adjustments; click here to read Sutter’s explanation of why players on the left side have recently been moved around.

The Kings have allowed 14 non-empty net goals in their last three losses, and whether it has to do with several key role players being out of the lineup, poorer checking, or anything goaltending-related, a surplus of pucks are finding the back of the net even though a log of the team’s scoring chances indicates that they are still consistently generating more quality opportunities than their opponents (which likely suggests this current one-win-in-five-games stretch is simply an anomalous reading spurted out during a small portion of an 82-game sample). Still, there were uneven performances on the back end last night, and as I’ve noted on radio hits, Twitter, and occasionally in the comments section of this site, Los Angeles will be looking for an additional defenseman to round out its back end. That’s not likely to be a move that will be made soon – the uncertainty over next year’s cap has more or less put a manhole cover on potential trades – but rather when the trade deadline approaches and teams have more flexibility in their financials.

Enjoy your Christmas, Insiders! LAKI is taking a couple of days off for a mid-season breather but may chime in here or there in the comments section. Let’s rest up, enjoy some egg nog and return Ready To Blog for the final 49 games of the season. Thank you, as always, for the ongoing conversation that Rich and I have enjoyed for the last six and a half seasons. Merry Christmas and Happy Holidays to you and yours! 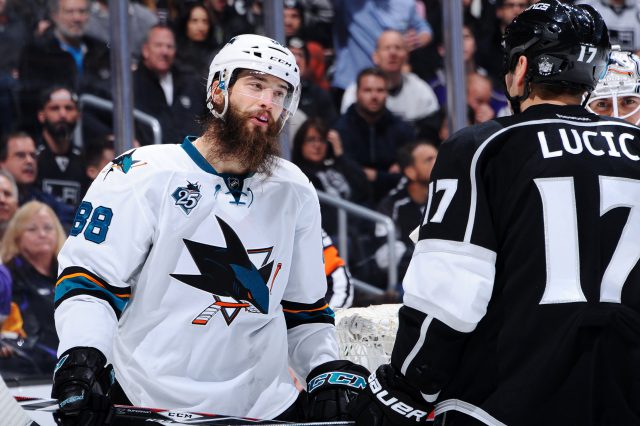