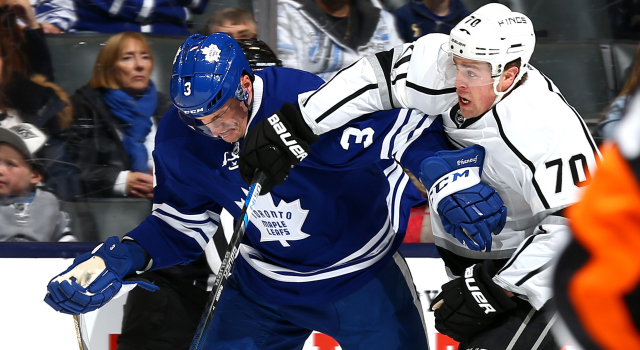 -With the loss, Los Angeles fell to 62-59-23 all-time against Toronto, a record that includes a road mark of 26-35-13. These teams will complete their season series on January 7 at Staples Center.

-The Kings were shut out for the second time this season (also: 3-0 loss to Vancouver, October 13, 2015). Jonathan Bernier posted his 10th career shutout, six of which came with Los Angeles.

-By playing 19:29, Anze Kopitar had his streak of 20-plus minute efforts end at 13 games. He, Milan Lucic and Marian Gaborik all posted minus-four performances.

Sunday, December 19 is a scheduled off-day for the Kings. The next practice will take place at 10:00 a.m. on Monday, December 21 at Toyota Sports Center.