Lucic intrigued by Bell Centre reception as a King 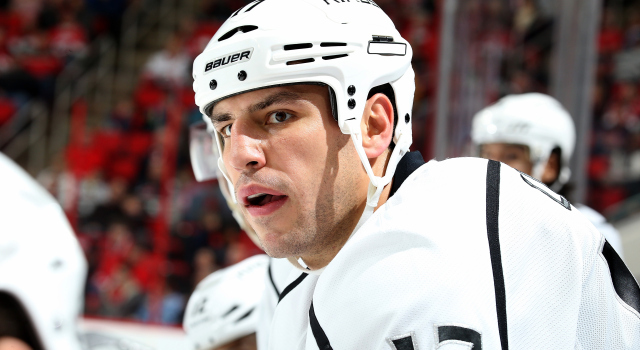 When Milan Lucic was traded to the Kings shortly before the first night of the NHL Draft, one of the more immediate thoughts was, “well, games against Montreal will certainly be interesting.”

And here we are, hours before Los Angeles’ only regular season visit to the Bell Centre, discussing the impact of a player who has 10 goals, 20 points and a plus-nine rating through 30 games and has added both a physical and emotional quotient to a team that didn’t show deficiencies in either column.

The emotion has largely been channeled into beneficial intangibles for his new club – other than a season-opening beeline towards Logan Couture, there haven’t been any highly visible episodes of on-ice distaste or frustration – and through the first 30 games, the power forward has come as General Manager Dean Lombardi had advertised at the draft. Kings fans are already calling “Loooooch,” while Canadiens fans tonight will be yelling something that sounds similar but is actually much different.

Perhaps the events of the game will quiet the jeers early. Or, who knows, maybe he’ll be booed every time he touches the puck. For a player who plays an emotional game and has been the focus of the opposition’s discontent in not only Montreal, but also in Buffalo, New York, Philadelphia, Detroit and Ottawa – we could keep going here – it’s not anything that causes a sharp deviation in his emphasis or efforts.

“Obviously a lot has happened with my eight years when I was here with Boston, but now I’m an LA King and I’m really enjoying being an LA King, and as far as being booed or whatever, I’ve still got to go out there and play my game,” he said. “We were in Mont Tremblant the last two days and came into Montreal yesterday and caught a lot of positive feedback from fans, from Canadiens fans, so we’ll see what it’s going to be like tonight.”

And so when Darryl Sutter was asked about the player who carries a touch more notoriety in the Eastern Time Zone than the rest of his roster, he repeated a familiar observation on Lucic that he had shared in prior road stops.

“He’s a good hockey player,” Sutter said. “It’s not like he came in and surprised anybody. Everybody in the east is familiar with him, and he came out west and adapted really well.”

Milan Lucic, on whether his feelings towards the Canadiens have changed as a King:
Kind of, not really. Obviously there was always that competitive nature that went up a few notches every time that you played them, and I think just because of the battles that you had with them in the past, that still kind of lives inside of you as far as an athlete goes. At the end of the day, regular season, it’s two points on the line, and for us, we’ve lost the last two, so I think that’s what, for me, ramps this game up. Lots to look forward to, haven’t had a lot of wins in this building, so it would be nice to come out of here with two points.

Lucic, on how he was affected by the fans’ derision in Montreal:
You know, thinking about it and looking back at it, it does drive you, it does make you want to beat them even more, and stuff like that, but when you’re in game mode and your mindset is to just go out there and play your game and make plays and do what it takes to help your team win, regardless of what’s going on on the outside, it’s one of those things that I think not just myself, a lot of us have learned how to block out and put aside and just focus on what you need to focus on, so when the game juices are flowing and everything, you tend to block everything out and just focus on your game, and that’s just kind of the mentality going into tonight.

Lucic, on whether there’s a Western Conference rivalry similar to Bruins-Canadiens:
Well we haven’t played the Ducks yet, so I know that’s a big-time rivalry out in Southern California. Just playing them twice in preseason, they were definitely two of the more rowdier games that I’ve been a part of in the Honda Center and in the Staples Center, so there’s definitely that bad blood as well as far as the Southern California rivalry goes. But everyone knows about the Bruins and Habs rivalry, it’s something that’s been there from the start of the NHL, and the history and all of the years of the things that have happened between the two teams, so it’s definitely a tough one to beat but there’s definitely that big time rivalry in Southern California between the Ducks and the Kings. 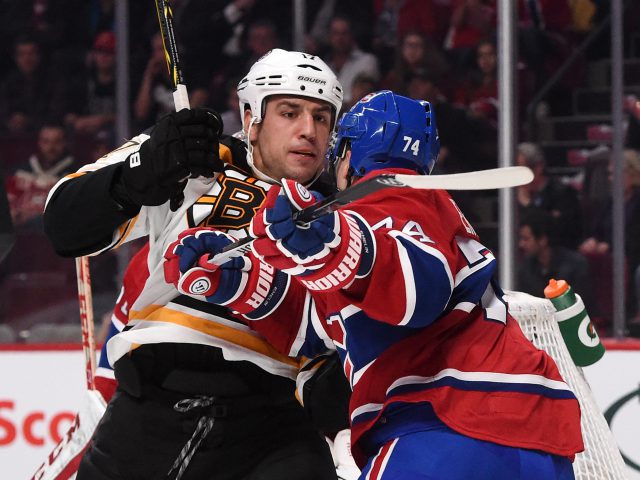