December 8 morning skate notes; Lewis not on trip (yet) 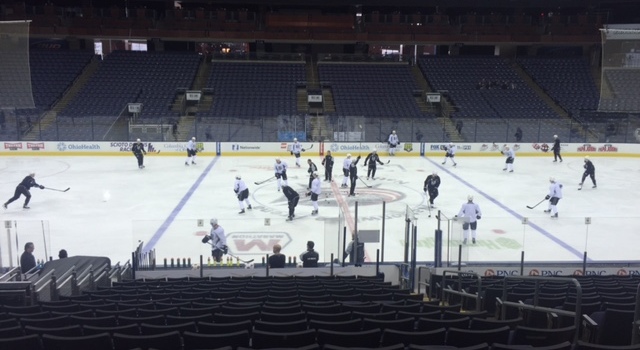 -Let’s just get it out of the way. No changes were shown during line rushes:

-Jonathan Quick left the ice first and will be expected to start in net against the Blue Jackets. While both Jordan Weal and Derek Forbort remained on the ice for some extra work, Weal is still expected to center Clifford and Nolan tonight. Weal staying on the ice while the Kings have the minimum number of forwards available raised an eyebrow, but when I asked Dean Lombardi whether the team was planning a roster move, he replied, “not yet.” Weal appeared to just get a little bit of extra instruction in advance of tonight’s game, from what I gathered. I’ll have a story on him later this afternoon.

-Speaking of “the minimum number of forwards available,” Trevor Lewis (upper-body) didn’t travel with the team yesterday. While Darryl Sutter indicated after Sunday’s game that Lewis would travel, he didn’t specify when, as he noted after today’s media availability.

The plan was to bring Lewis on trip but plans changed , per DL

The Kings have an extra day before Friday’s game in Pittsburgh, so there’s some wiggle room in being able to recall a player, should the team ultimately decide to do so. Let’s revisit the “is there a roster move coming” question in the coming days.

-Columbus isn’t expecting any changes after one of their more complete games of the season on Saturday, a 4-1 win at Philadelphia. As noted by Aaron Portzline of the Columbus Dispatch, a must-follow, Sergei Bobrovsky is 9-4-1 with a 1.71 goals-against average and .943 save percentage since November 1. He’ll get the start tonight; the Dispatch’s Puck-Rakers blog has tonight’s expected Blue Jackets lineup and some interesting takes from the home team on tonight’s game. 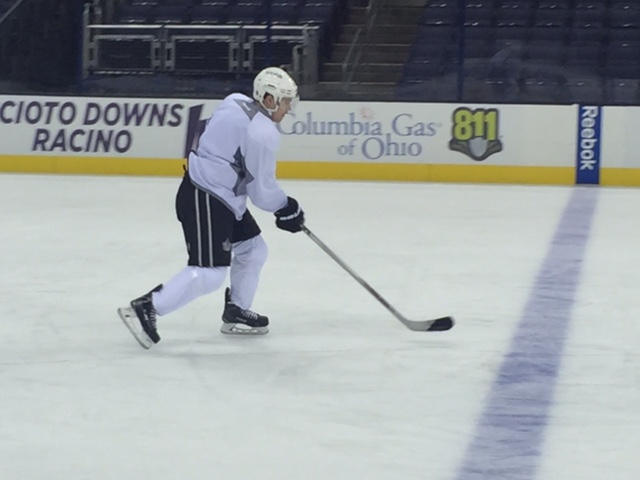