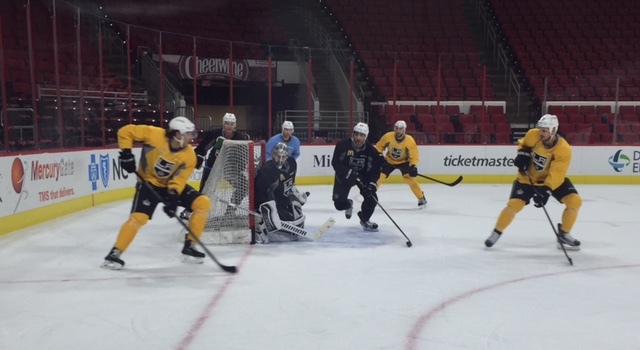 Good afternoon from the hotel in Cary, where the team returned to after beating the stadium traffic leaving Carter-Finley Stadium. (The Wolfpack beat Syracuse 42-29, by the way.)

Never mind that the team didn’t arrive at the hotel until 1:00 a.m. this morning; there’s a 1:00 p.m. matinee against the Carolina Hurricanes on Sunday, and Darryl Sutter and company led the team through a full practice. Everyone was present on the ice, and though there were a few caveats, there were no real changes in lines or pairings shown.

-Jonathan Quick left the ice first and is expected to start in net against the Hurricanes. (The #LAKingsGoalieTweetOff applies for practices preceding afternoon games.)

-Though Jordan Weal skated as an extra with Anze Kopitar’s group, he did take part in quite a few rotations alongside Tanner Pearson and Marian Gaborik while Kopitar was on the opposite end of the ice. These looks were primarily during net-front presence drills in which skaters distributed the puck up high and shifted to the front of the net for a deflection. Don’t be surprised to see Weal get into Sunday’s game, though I wouldn’t be able to confidently say who he’d be in for. Weal has been skating in warm-ups recently, so expect a final lineup decision to be made close to game time.

-Weal, Derek Forbort and Christian Ehrhoff all left the ice at relatively the same time. No one remained on for extra work. Forbort and McBain took the first rotation together during a drill that included defensive retrievals, for what it’s worth. If “Level of confidence in projected lines” still occupied a spot in the game preview, it would probably be a B- for tomorrow.

-Cam Ward will start in goal for Carolina, per Chip Alexander, which means that we’ll again have a match-up between the league’s two active Conn Smythe-winning goaltenders. More from the News & Observer here.

Peters says JStaal is sore after blocking shot. Says hopeful he will play against Kings. 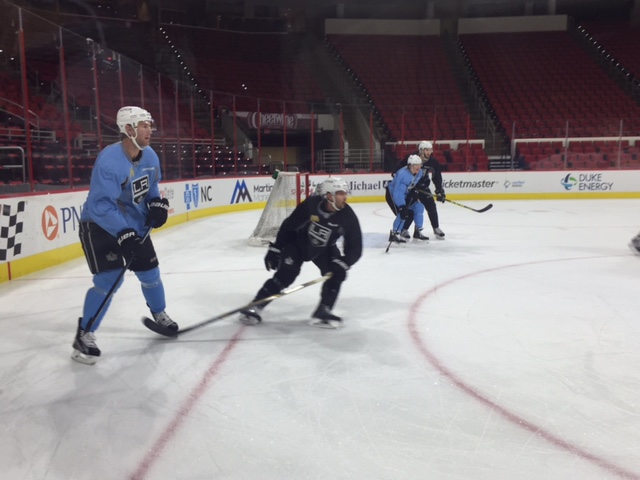 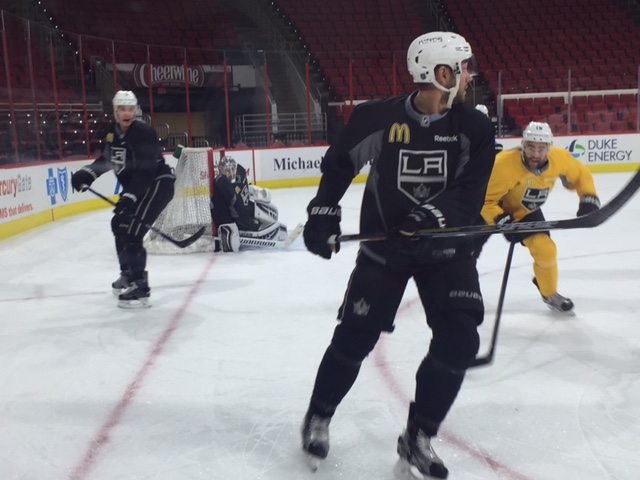 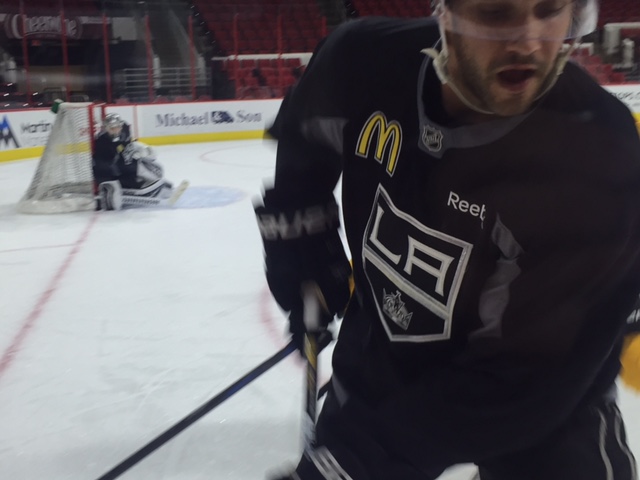