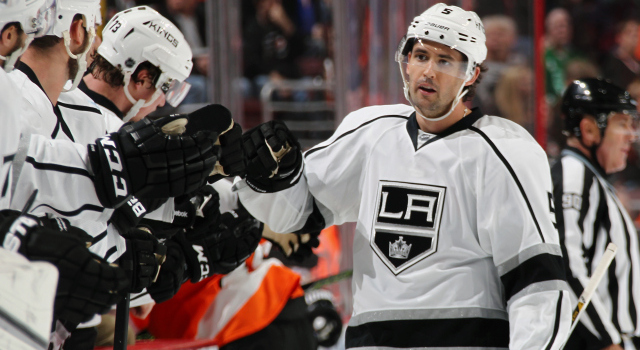 The Kings keep humming along with an effective Jamie McBain and have posted a 25-9-4 record when he has been in the lineup, dating back to last season.

Beyond the team’s record and his 13 points in 38 games with the club, many observations from press row point to solid contributions as a helpful puck-moving asset with a scorer’s touch.

That offensive inclination comes from experience in his minor hockey days as a forward. He played up front until he was in ninth grade and transitioned to the blue line under the advice of his father, Bernie, who runs Minnesota Made, a hockey academy and rink facility in Edina, Minnesota.

“You got a lot more ice time as a D-man, you could still use a lot of your strengths with moving the puck and playing a lot,” he said. “It’s just one of those things that you look back on, and at the time, you may have been a little upset because everyone loves playing forward and having the puck and being up there, but at the end of the day, it’s worked out pretty well.”

It worked out well for the Kings on Tuesday night in Philadelphia, when McBain ripped a shot from the top of the right circle past Steve Mason to tie a game at one that Los Angeles ultimately won in a shootout.

Given today’s observation from Darryl Sutter, he’s going to have to further his ability to generate offense if he’s to remain in the lineup upon Matt Greene’s return. Greene, who is not on the current five-game trip, remains out with an upper-body injury, and when he returns, there will be decisions to be made.

“Christian can play both sides, so if we were healthy coming into tonight, two of the three wouldn’t play,” Sutter said, referencing a group of defensemen that includes Christian Ehrhoff, Derek Forbort and McBain.

McBain has played with both Forbort and Ehrhoff, and feels comfortable with both.

“I think they bring a lot of similar skill-sets, they both can move the puck really well,” McBain said. “Obviously Forbs is such a big, strong guy. I think defensively, he’s just able to handle a lot of guys down low and push them around by just using his strength, and I think he’s done a great job. And with Hoff, he moves the puck really well, he’s positionally always in the right spot, and he obviously helps us out a lot on the power play, moving the puck around and getting shots through. They both do great things out there and it’s been fun to play with them.”

“That’s one of the great things about this kind of system,” he said. “This coaching staff, regardless of who you’re playing with, and whether it’s forward or defense, the system is always the same, the plays are always the same, and that just helps everything flow really well.”

Jamie McBain, on where he developed his playing style:
Growing up, I played forward until my 9th-grade year in school, so I think a lot of it comes from that. Obviously, you just naturally become used to having the puck and being up in the play and things like that, so it just came natural when I transitioned myself back to play defense.

McBain, on the aspects of his game that have been working well recently:
I feel really good with the puck, and making plays out there, but I mean, I think defensively, I feel really good about where I am, being positionally sound, playing the game inside the dots, and I give a lot of credit to my D partners that I’m playing with and also the coaching staff just staying on me every day to make sure I’m working on the right things to be able to play in every situation out there whenever my name’s called. 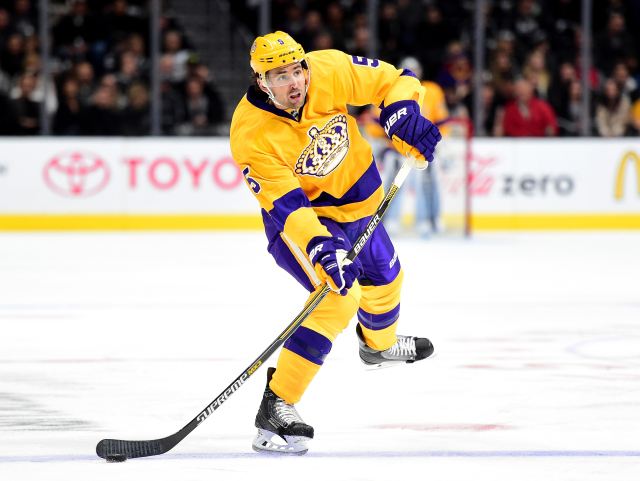