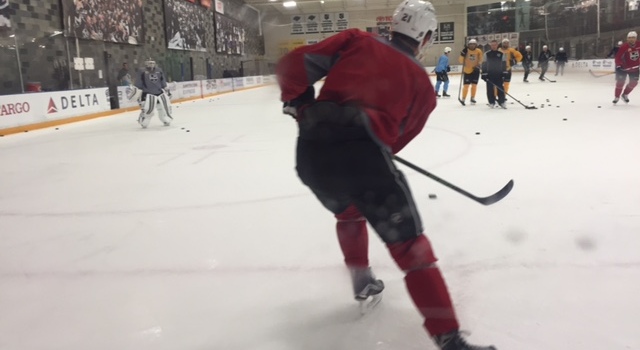 Good afternoon from El Segundo, where the collective exhale from across the Southland may have knocked over a few trees.

Anze Kopitar, who was stung by a hard Nick Leddy one-timer around the lower-leg area during the final minute of Thursday night’s win over the New York Islanders, did not practice on Friday but is “fine,” according to an email from hockey operations.

“He’s had a maintenance day,” Associate Coach John Stevens said during today’s media availability, while also noting that Kopitar should be “fine.” “He’s a pretty resilient guy, so I dont have any further update than that.”

Indeed, Kopitar is virtually as resilient as they come. Since debuting with Los Angeles at the start of the 2006-07 season, he has appeared in 699 of a possible 720 games.

“It’s funny, you look at Drew and Brownie, Quicker and Kopi and guys like that. It seems like they play all the time,” Stevens said. “Jeff. Tough guys.”

Another indication that Kopitar isn’t badly hurt is that Jordan Weal skated in his place during practice. Had it been expected that Kopitar would miss some time, the lines would have been adjusted to a greater degree, and Weal, who has appeared in two games this season, wouldn’t be the most likely candidate to be promoted to face the opposition’s top competition.

-Other than Weal jumping up to skate between Tanner Pearson and Marian Gaborik, there weren’t any changes to the offensive lines or defensive pairings. The Kings return to action against the Edmonton Oilers at 7:00 p.m. on Saturday night (FOX Sports West / KABC 790 / I Heart Radio), the last home game until November 28, when they’ll host the Blackhawks. Los Angeles departs on Monday for Philadelphia, Detroit, Carolina, Florida and Tampa Bay.

-Goaltender Patrik Bartosak will report to ECHL-Manchester for a quick conditioning stint and, barring any setbacks, would be activated by AHL-Ontario in advance of the team’s two-game trip to Texas to face the San Antonio Rampage on November 20 and the Texas Stars on November 21. Last season, Bartosak was 12-8-5 with a 2.23 goals-against average and a .919 save percentage, and stepped in for an injured J-F Berube midway through last season’s Calder Cup Final, where he stopped 31 of 32 shots in a decisive Game 5 win over Utica. The 22-year-old was selected in the fifth round of the 2013 NHL Draft.

Peter Budaj and Ray Emery are currently tending goal for the Reign. Any decision on roster moves involving goalies will be made after ensuring that Bartosak is fully healthy, according to hockey operations. 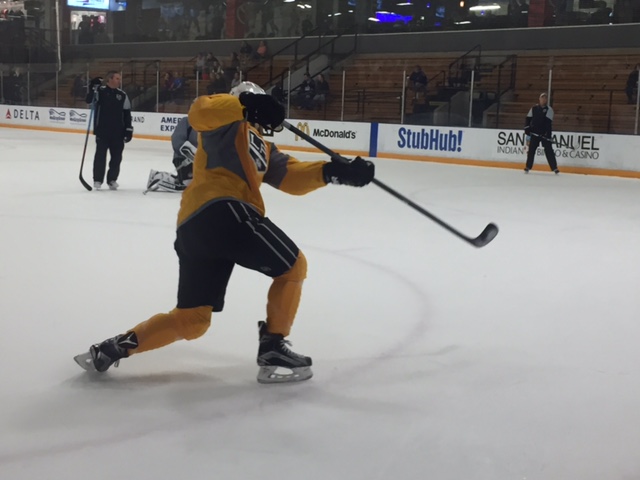