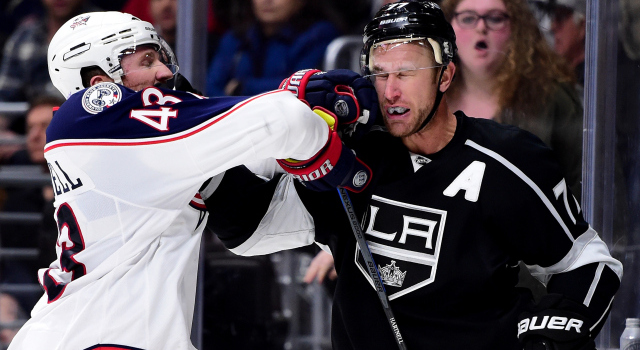 -The Kings allowed zero shots during the second period, tying the club record for fewest shots allowed in a single period and fewest at home (second time; April 5, 1978 vs. St. Louis). Including the postseason, Los Angeles has held the opposing team without a shot three times in team history, all occurred at home and all were during the second period (also May 10, 2014 vs. Anaheim). The Kings are 0-3-0 when holding an opponent without a shot over the course of a period.

– Darryl Sutter coached his 274th regular season game with the Kings, placing him one game behind Terry Murray (275 games) for fourth place on the Kings’ all-time games coached list.

-Jeff Carter scored the first goal with the goaltender pulled since Marian Gaborik’s third period goal on March 5, 2015 against Montreal.

-By assisting on Jeff Carter’s goal, Anze Kopitar recorded his first assist of the season.

The Kings are scheduled to practice at 11:00 a.m. on Friday, November 6 at Toyota Sports Center.