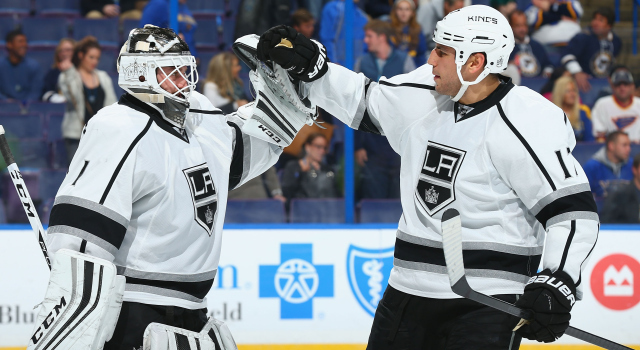 On Anze Kopitar’s status:
I talked to him after. He’s feeling better. That’s good. [Reporter: Did they do the concussion and quiet room stuff?] Yeah, that’s where he was. Obviously, protocol.

On the win over St. Louis:
I thought we had a really good purpose to our game right from the start. Played the whole game, a complete game.

On Jhonas Enroth:
I think he showed a lot of composure. He made the timely save. I’m not sure how much work he had, but he made timely saves.