Waking up with the Kings: October 17 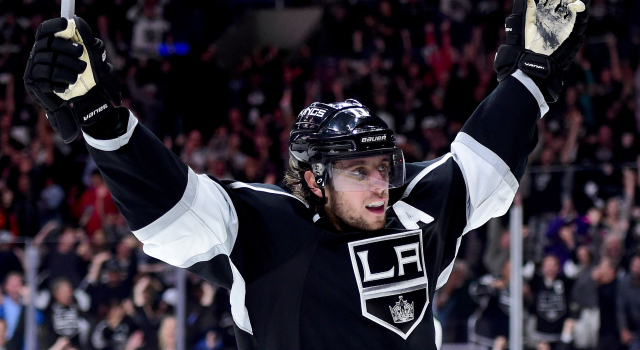 After a hiatus, not only did Good Hockey return to Staples Center, but it resulted in an emotional overtime win after the Kings withstood anxious late-game moments in a 2-1 overtime victory over a Minnesota Wild team that was thoroughly outplayed for 40 minutes but harnessed its urgency during a tense third period in which the Kings killed off two of three offensive zone penalties. The final kill was the finest of them all; after Anze Kopitar won the defensive zone draw to open possession with 2:03 remaining, Dustin Brown deftly passed up an opportunity to get a clear and instead, with space, gained the offensive zone with Kopitar, who didn’t have any opportunities to advance the puck and intelligently dished it back to his defense. After a full length clear, Los Angeles had already killed off 30 seconds of the penalty. More good work by Trevor Lewis tied the puck up along the boards, and the only shot attempt the Wild were able to generate came from Mikael Granlund, and it was blocked by Alec Martinez. That set the stage for an exhilarating overtime in which Los Angeles failed to win a faceoff but generated the highest quality opportunity of the extra session, a snapper from the high slot by a gassed Anze Kopitar that sailed above Darcy Kuemper’s right pad and below his blocker for the game winner. The overtime was fascinating, from Jonathan Quick’s decision to advance the puck, to watching Alec Martinez and Jason Zucker jostle for position in a race up the ice in which Martinez hoped to create an odd-number attack, to the ability of both Tanner Pearson and Jake Muzzin to remain on-side just prior to Kopitar’s dagger. (All reviewable plays in the final minute of the third period or overtime are initiated by Toronto, and it was quickly seen that the goal was a good goal, though narrowly.) It was a just result for a Kings team that desperately needed a win to avoid an ignominious place in its own history books, but more importantly, to collect two points in a game in which they were the better team.

The Kings clearly strung together their two finest periods of the season to open the game, and because of the ultimate result, there’s no reason to look back at Tanner Pearson’s fanned backhand after he had stickhandled around Kuemper and had nearly given the Kings a two-goal lead in the second but failed to hit an open net. That play loomed as the ice tilted in the other direction in the third period, but became a minor, forgotten footnote in The Book given the end result. Los Angeles wasn’t only generating shots, they were getting bodies in front of the net and consistent quality opportunities for the first two periods, and only because of Kuemper’s excellent performance – which included several high quality right pad saves and near-misses that trickled wide after saves and deflections – did the Wild have an opportunity to take a third period lead. Jonathan Quick was also very good, and his first period save on Matt Dumba’s breakaway coming out of the penalty box was a clutch stop that ultimately allowed the Kings to capture and play with the lead.

Derek Forbort put together the type of performance you’d expect out of a young defenseman making his NHL debut: he saw the odd shift or two, ably maintained zone time by reaching to keep the puck in the attacking end in the first period on a nice play, got bumped off the puck once or twice, and lacked the tenure to avoid getting whistled for a “tripping” penalty that was neither tripping nor a penalty. He was sheltered and posted quality one-game possession stats and received several shifts late in the third period of a tied game against a quality opponent. His debut was fine. 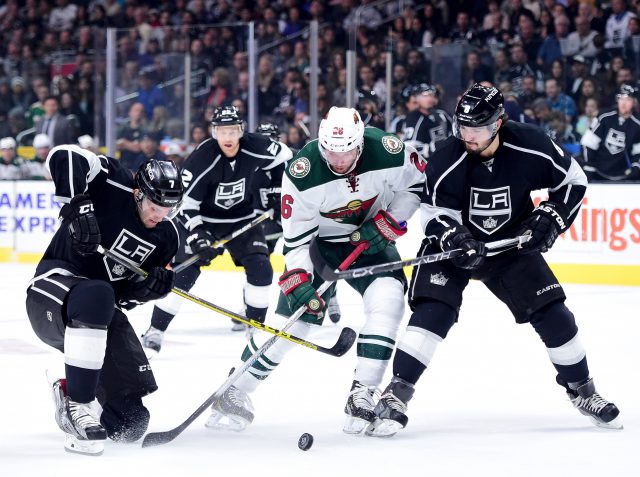