Schultz to Ontario; Reign get their rings 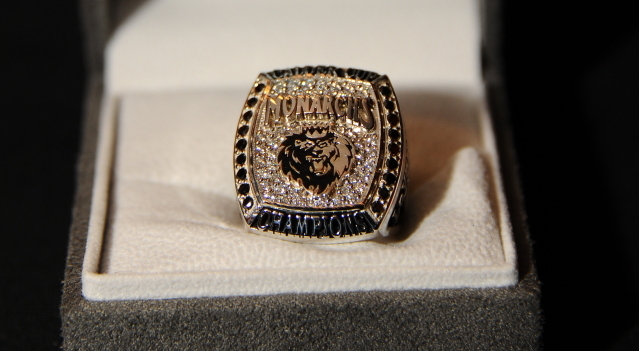 As expected, Jeff Schultz was assigned to AHL-Ontario earlier today after having passed through waivers. With his assignment, the Kings’ roster currently stands at 22 players. From my conversations with hockey operations, there won’t be an immediate corresponding move to bring a player up to fill the vacant roster spot. Such is the new ease and expediency in which players may be assigned to or recalled from an AHL team that is only an hour away (plus traffic, obviously).

Somewhat related: Last year’s Calder Cup champions received their championship rings in a private ceremony at Fleming’s Prime Steakhouse and Wine Bar at L.A. Live last week. The Calder Cup was present at the event, as were executives from the Kings’ hockey and business operations. FOX Sports West will air highlights and interviews from the ceremony during Kings Weekly this Thursday, but for now, here several pictures, courtesy of Juan Ocampo and the Kings: 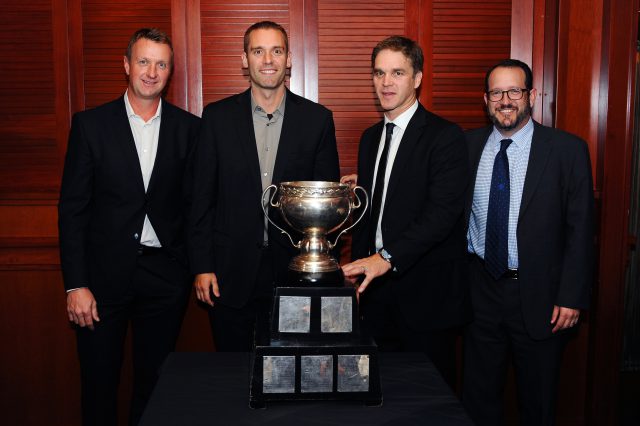 The ceremony came on the day J-F Berube was claimed off waivers by the Islanders and Brian O’Neill was traded to New Jersey. O’Neill was at the ceremony – I interviewed him on behalf of FOX – though Berube was already en route to the east coast. Below, each member from last year’s team that was present was photographed with Dan Beckerman, Luc Robitaille and Rob Blake as they received their ring.

Good luck @JRouby. Great playing with you. Thanks for keeping my minuses down. Your bling is in the mail. pic.twitter.com/XJopU57S73