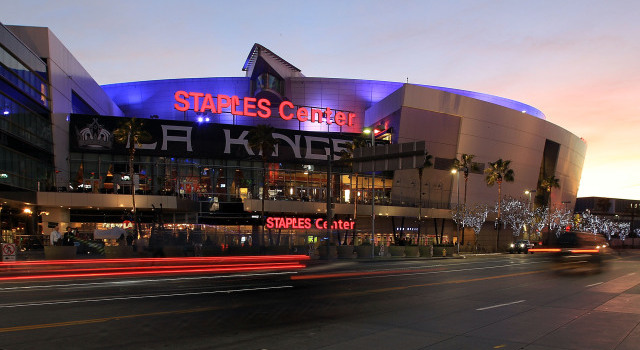 The Los Angeles Kings announced on Monday a wide platform of “Conduct Awareness Training Initiatives” set to begin for the 2015-16 season that, in the words of the organization, “will reflect the values and principles of the franchise.”

These initiatives are obviously designed to go as far as possible towards ensuring that the off-ice issues of the past year do not resurface. Three former Kings – Slava Voynov, Jarret Stoll and Mike Richards – were arrested in separate incidents over the previous 12 months.

“During the past year, we have been extremely diligent in developing an educational strategy and comprehensive programs in an effort to ensure that the troubling incidents that occurred last season are not repeated,” Dan Beckerman, chief executive of AEG, said in a statement. “We have conducted research, gathered information and forged partnerships that will better prepare our players and staff for challenges that could impact their behavior away from the workplace.’’

Those endeavors include a partnership with Peace Over Violence, a violence prevention center based in Los Angeles that will team with the club to promote a “Kings Over Violence” campaign designed to foster awareness of sexual, domestic and interpersonal violence while promoting the construction of healthy relationships, families and communities.

The Kings will also partner with The Herren Project, a group led by former NBA player Chris Herren that provides assistance in “taking the first steps toward recovery and a life of sobriety, educational programs and resources to increase awareness on the signs of addiction and bring hope for a better tomorrow.”

In addition, the club hired former player Brantt Myhres to serve in a Player Assistance position. Myhres, who played for Tampa Bay, Philadelphia, San Jose, Nashville, Washington and Boston and had relationships with Dean Lombardi and Darryl Sutter from his tenure from the Sharks, struggled with sobriety throughout his season but has been sober for seven years. He has lobbied professional teams to consider the type of player advisory position that the Kings created in their Conduct Awareness Training Initiatives.

“At the end of the day, I’m here solely for the players and to basically have a resource for them to go to in-house,” Myhres told LA Kings Insider.

“As far as being around the guys, I’m just going to be here, be seen, be available.”

LA Kings Insider: What types of mental or behavioral health challenges exist in a locker room? In general, what do players deal with that often we don’t get to see?
Brantt Myhres: Well, I think it’s probably no different from any other high-stress environment in the world, to tell you the truth. This just gets magnified a bit more, and obviously the players sometimes come into an extreme amount of money, and with money comes pressure and expectation. I’ve pretty much been through it all since I was in my first year pro, and I struggled myself with drugs and alcohol and some other issues that I’ve addressed, and I feel that I can be sort of a sounding voice if these guys need it.

LAKI: Is this something that’s a changing view that NHL teams have right now, where previously the theory of masculinity might keep players from admitting what might be affecting them, that maybe hockey is changing a little bit?
BM: I would like to think so, and like I’ve always said, my hat’s off to Mr. Lombardi for taking the approach that he has because I believe at the end of the day all that I’m trying to do – and I’m sure the organization is trying to do – is to have as healthy players and people as we possibly can.

LAKI: What were those preliminary discussions like with Dean? Was it kind of an instant connection, or was it warming up on both sides?
BM: Actually, the connection I had with Dean prior in San Jose was actually really good, and Dean got to see me go through two rehab stints with San Jose, and he stood by me through both of those – not only as a player, but as a human being – and I really appreciated that. I’ve always respected Dean in that way, whereas some guys just might have wanted to get rid of the issue. So then as it comes full circle, 13, 14 years later, the relationship was already built, and then if I didn’t back it up with what I’ve done in the last seven years of my life, I wouldn’t be in the position that I am today.

LAKI: I know it’s so early – it’s day one of preseason right now – but what have been the preliminary reactions you’ve had getting to know the guys?
BM: Absolutely – building a relationship, reaching out my hand and letting them know who I am and why I’m here, and then as we go along, there are still moving pieces in this program that we’re trying to put together, and since it’s a new position, I think with any new position, you sort of feel your way through it.

LAKI: I know it seems to be a challenge for players when they leave their playing days of adjusting to life after hockey. That’s something that Darryl has talked about quite a bit. For yourself, personally, at what point did you realize that helping others and working to assist players’ behavioral health and having an impact in their lives was something that you wanted to do and could be a benefit?
BM: Well, I think quite frankly, after I entered my last rehab, when I stayed there for seven months, I had a lot of time to think, and the first thought that came into my head is ‘one day I’d just like to give back’ to hopefully help another Brantt Myhres that’s going through the same thing, and as long as I continue to stay on the path that I’m on, I’ll hopefully one day have that opportunity, and I think if you have it coming from a guy that’s played, been-there-done-that in the dressing room – as we all know, it’s a really tight group in there – I think that it’ll add a little more weight if it’s coming from somebody that’s already been there.

From the club’s release:

Kings President/General Manager Dean Lombardi said: “These programs are now part of the development process for all of our players. No longer can we solely focus on their growth and education as just hockey players; we need to give them the tools to thrive as people, too. These programs will extend to their family lives and empower them with strategies to best manage their positive development off the ice.”

Kings President, Business Operations Luc Robitaille said: “As an organization, we have very high standards and we do not tolerate behavior that does not represent the core values that define us. We are taking a stand but also embracing the opportunity to enhance our understanding of these important issues and to work together to raise awareness both in our industry and in our community.”

Established in 1971, Peace Over Violence is a violence prevention center dedicated to building healthy relationships, families and communities free from sexual, domestic and interpersonal violence. The Kings and POV have partnered to launch Kings Over Violence, a multi-tiered platform to help raise awareness of the dangers of violence in relationships.

As part of this platform, the Kings will be funding POV’s annual Youth Leadership Program. In addition, POV will provide the hockey club with annual Domestic Violence Training and support for players, staff and their families. POV will host multiple educational and training sessions with Kings employees and families beginning later this month. The seminars also will take place at various other times throughout the season.

To learn more about Peace Over Violence, please visit www.peaceoverviolence.org.

Chris Herren, a former NBA Player and founder of The Herren Project, has been hired by the Kings to serve as a special consultant to address members of the organization in the coming weeks.

Alcohol and drug-free since August 1, 2008, Herren speaks nationally with the hope of reaching just one person and making a difference in their lives. He shares his harrowing story of abuse and recovery in his memoir, Basketball Junkie, as well as in the ESPN Films documentary “Unguarded,” of which he is the subject.

AEG Sports will be spearheading a new team Conduct Awareness Program. The goal of the new program is to create a sustainable plan for all AEG sports teams while setting standards and expectations for all employees. It can also be adapted to fit the individual culture, ages and current state of each team and the key elements will be Core Values, Training and Education.