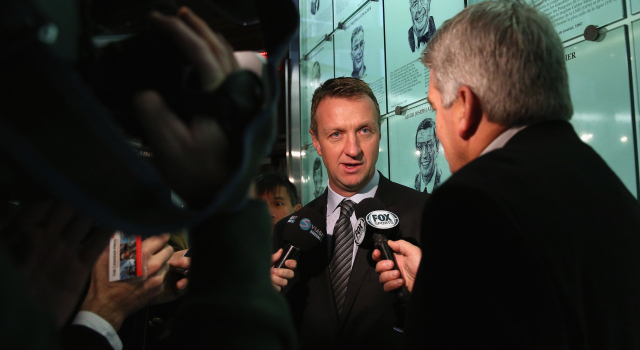 Blake’s appointment continues to underscore the respect generated by the figure who Dean Lombardi said is “going to be a star someday” in an executive position.

BTW, it is believed that LA GM Dean Lombardi will lead Team USA.

Management teams will now set out to fill out coaching staffs.

No guarantee that Babcock returns as Canada coach. He'll be part of discussion but Quenneville, Vigneault, will be among other names in mix

John Hoven, meanwhile, believes Todd Richards will get a look to lead the United States. Fresh off leading an underdog American squad to a bronze medal at the World Championship this year, his appointment seems to be a good bet.

The tournament, won in 1996 by the United States and 2004 by Canada, will return in 2016 with a modified format. In addition to the United States, Canada, the Czech Republic, Finland, Russia and Sweden’s participation, a “Team Europe” comprised of players from European countries outside of participating nations and an under-23 American and Canadian collection of “North American Youngstars” will also participate in the tournament, which is scheduled to be held once every four years. Via Hockey Canada’s release today, the NHL and NHLPA will jointly name the management groups that will select players for the hybrid teams. North American players 23 and under will be available exclusively to the Youngstars team.

All teams will be comprised of 20 skaters and three goalies; teams must announce at least 16 members of the team, including at least two goalies, by March 1, 2016. The remaining roster spots will be announced no later than June 1, 2016.