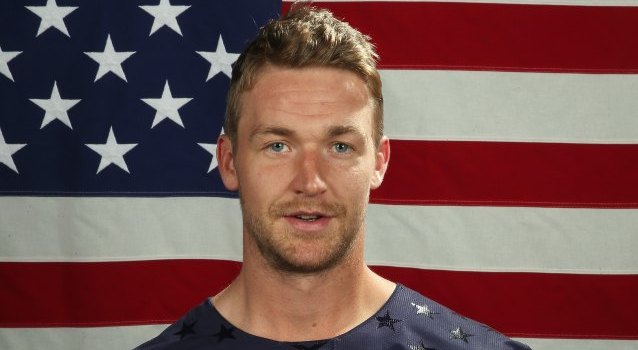 Constructing a roster for the World Championships isn’t particularly easy. It consists of asking players whose NHL seasons are still immediately in the rearview mirror to put off rest and recuperation for an additional six weeks to train and represent their country in a tournament that takes a backseat to the Stanley Cup Playoffs and isn’t as widely followed as Olympic hockey or the World Junior Championships.

But with the Kings’ season over, several players who wouldn’t have been available had the Kings advanced on a playoff run will have an opportunity to represent their country at the tournament that will be held in Prague and Ostrava in the Czech Republic between May 1-17.

For Team USA, Dean Lombardi, as expected, will be a part of the U.S. Men’s National Team Advisory Group, which helps construct the roster. During Sunday’s meeting with reporters, Lombardi hinted that he would have a role in the construction of the team. Though Olympic veteran Dustin Brown isn’t likely to accept an invitation to play in the tournament, Trevor Lewis was one of the first 15 players named to the team, as announced by USA Hockey earlier today. Other NHL-based players named to the United States’ preliminary roster include Marc Arcobello (Arizona Coyotes), Justin Faulk (Carolina Hurricanes), Jake Gardiner (Toronto Maple Leafs), Matt Hendricks (Edmonton Oilers), Torey Krug (Boston Bruins), John Moore (Arizona Coyotes), Jeremy Morin (Columbus Blue Jackets), Connor Murphy (Arizona Coyotes) and Ben Smith (San Jose Sharks). Highly touted 21-year-old University of Minnesota defenseman Mike Reilly, who will ultimately be making a decision whether to join Columbus or sign with another NHL team as a free agent, will also play for Team USA.

Anze Kopitar also confirmed to reporters yesterday that he’ll play for Slovenia at the upcoming tournament. Slovenia’s national team is coached by his father, Matjaz.

Kopitar will play at World Championships. "It's kind of hard to say no to your dad."

Gaborik’s Instagram comment, translated into English from Slovak on Google Translate, reads: “See you at the World Championships in Ostrava! #Slovakia #KeepYourFingersCrossedEverybody

Group A, based in Prague, consists of Sweden, Canada, the Czech Republic, Switzerland, Latvia, France, Germany and Austria. Group B, based in Ostrava, consists of Finland, Russia, the United States, Slovakia, Norway, Belarus, Slovenia and Denmark. Canada opens up against Latvia on May 1, the same date that the United States opens against Finland. Slovenia opens the tournament the following day against Belarus, the same day Slovakia faces Denmark. Russia won the tournament in 2014.