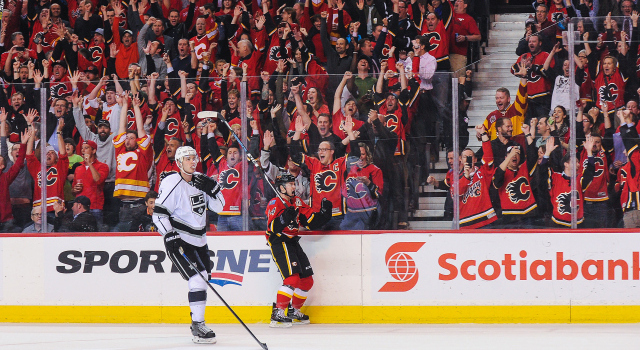 There’s really no point in dissecting individual details from Thursday’s game or saying “Player X did Y,” and a full postmortem on the 2014-15 season will come at some point early next week. So maybe this will serve as a postmortem-lite and words of clarity for those stunned to see the Kings in the position they’re in. Before that, congratulations to the Calgary Flames (and, across the conference, the Winnipeg Jets). Both teams are set up for success beyond this season, never mind the Calgary doom predicted by the advanced metrics. The Flames’ story was a great story in hockey this season, and similar to what Darryl said, that’s not a bad team to get behind if you’re looking for any general rooting allegiances in what should be a completely stress-free spring. On the other hand, one of the more frustrating elements of the Kings’ position is that had they advanced to the postseason to play the Canucks, I’d have favored them in a five or six-game series. Never mind that now!

As for a preview of the looking ahead that will continue next week, read this, because it’s mostly very accurate:

I posted my thoughts on LA's future a bit earlier: pic.twitter.com/b9YnVtGOo3

As Andrew noted, there’s nothing systematically wrong with the franchise. What’s the opposite of that? An entrenched foundation systematically inclined to keep Los Angeles in contention year after year? The Kings play with terrific structure, perhaps the best structure in the entire league. They have maybe the league’s best development team. The culture and identity that the team has engineered has not been dulled. There is an elite core of Anze Kopitar (27 years old), Drew Doughty (25 years old) and Jonathan Quick (29 years old). The oldest player on the team was 34. On the other hand there is also Mike Richards’ deeply concerning contract, and in an environment in which the salary cap will tighten the club’s flexibility to trim fat and surround its core with experienced pieces, there will be challenges in continuing to add to the depth that had served the team so well. But yes, the sting that will be there for today, and perhaps through the weekend and into the Stanley Cup Playoffs and beyond is the realization that the Kings entered the season with among the best rosters in club history and a “win-now” thrust and won’t be able to defend its title.

Seven and a half years ago my alma mater lost to Appalachian State. MGoBlog, the wonderful and wide-reaching voice on Michigan athletics, implored its readers that day to watch The Big Lebowski. “We are all The Dude,” founder Brian Cook wrote the day after the loss. He also reminded readers to “go outside” and “the internet is not your friend.” More good advice. I love the page views, but it’s also a beautiful spring day today. And I’ll even back his advice up with “unfollow Fear the Fin.” This is a public forum, and many of you have been paying lots of money to support this team, and surely you have the right to express your disappointment towards a season crawling to an abrupt and premature end. But the Kings will take the ice on Saturday afternoon vying to win one more game in front of a fanbase that it has shared previously incomprehensible highs with during a three-year zenith. I hope you’ll be there to recognize that and to properly send off this team and several players with respect whose status beyond July 1 could be that of alumni. They deserve it. 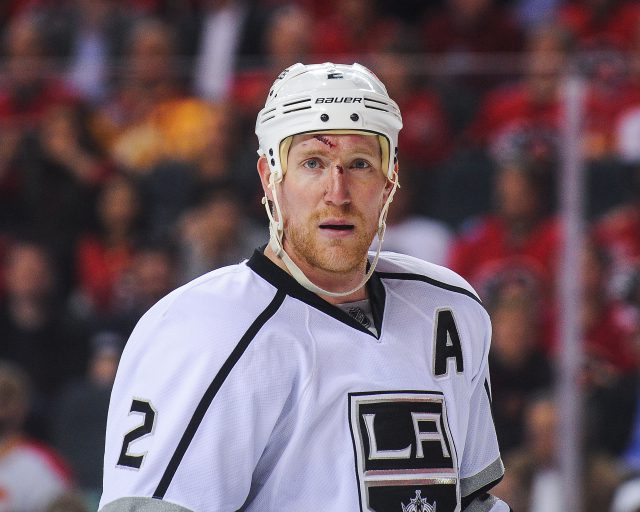