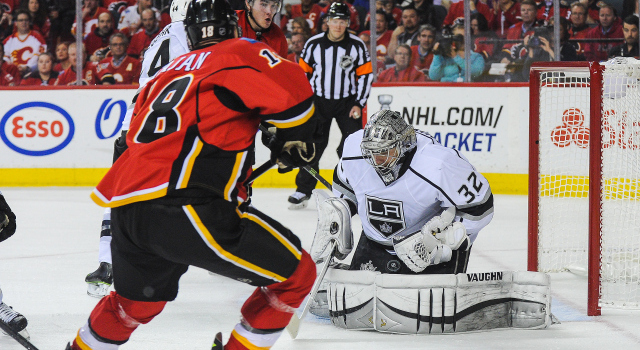 On the loss:
We played hard. I got no complaints about anything to do with our team. Give the Calgary Flames lots of credit. Now, I get to pull for them.

On why the team ended up in this position:
I think…probably the disparity in home and road. If you looked at it, if you broke it down into individual stats and probably two or three team stats, there would be a big difference. I think we gave it all we had. We’ve played for a long time here.

On whether all the hockey over the last three seasons took a toll on the team:
I think it probably did. But you know what? We still have a game on Saturday that I want to make sure that we’re ready for and try and that we try and win for our fans at home. We’ve won two championships there. You always want to win your last game.

On how he’d like to see the team “bounce back” from this season:
We want to win on Saturday. That’s what I just said…[Reporter: Over the summer, I meant, going forward, going into next year-] The season’s not over yet, is it?

On the lack of even strength scoring:
I think there’s lots of guys that gave it all they had.