Waking up with the Kings: April 7 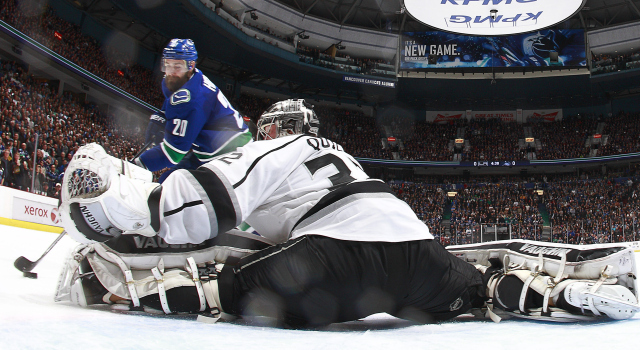 It’s of little consolation following the team’s 15th one-point result of the season, but the Los Angeles Kings and Vancouver Canucks played a terrific, mostly even 1-1 hockey game on Monday night that matched its billing. The Kings performed well on the road, took an early lead, had multiple opportunities to add an important insurance goal but were unable to do so; Tyler Toffoli’s uncontested look from the mid-slot that missed the net wide right in the first period, Anze Kopitar’s attempted backhanded tuck between Eddie Lack’s legs and Justin Williams’ missed net on a mini breakaway in the second period served as the most stark reminders of what could have been a more favorable road result. Los Angeles came out blazing, capturing the early lead and firing five shots on net without allowing a shot through the first two and a half minutes. As in any game between mostly even teams, there were momentum swings, and Vancouver also had periods of controlling the run of play and establishing offensive zone time but were denied by yet another terrific Jonathan Quick performance before an impressive moment of Sedinery found all five Kings skaters on the ice with their back turned to the eventual goal scorer. After that, Los Angeles tried to beat Eddie Lack with quick releases but were unable to do so, and the lone goal in the shootout went to the opposition as Kings shooters fell to 5-for-35 on the season. 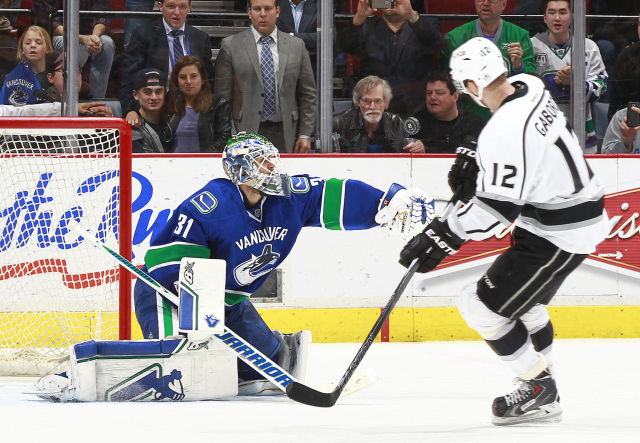 It’s too bad that Los Angeles didn’t get a better result, because their penalty killing coverage was excellent. The Kings constantly had sticks in lanes and denied Vancouver’s attempts to shoot off the pass through virtually all of their six minutes of shorthanded time. The best kill came midway through the second period with Drew Doughty serving a slashing penalty. Despite the Canucks’ ability to set up shop in the offensive zone for much of the power play, there weren’t any dangerous looks at the net due to a combination of the units of Lewis-Stoll-Martinez-Regehr and Brown-Kopitar-McNabb-Greene. The sequence that ensued: Lewis block, Martinez block, Martinez denies pass, Regehr denies pass and clears, Greene block. The Sedins were on the ice with Radim Vrbata for the first shift of the power play, which ended with zero shots on goal. 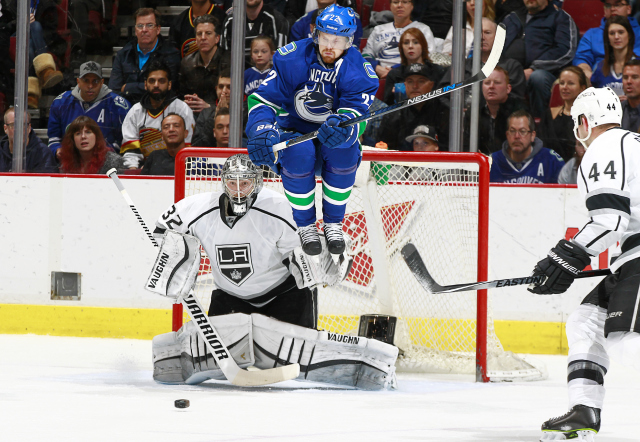 It was referenced in last night’s postgame notes, but I didn’t have the stat I had been keeping throughout the second half of the season (nor did I have cooperative internet access), so I’ll post it now. Dating back to March 17, 2014, the Kings have taken a lead into the third period 43 times. They’re 32-6-5 in those games. This sag comes on the heels of a 126-1-11 record when leading after two periods between April 4, 2009 and March 17, 2014. I don’t really have the answer as to why there has been a sudden turnaround, other than the thought that without Willie Mitchell and Slava Voynov, there have been personnel challenges, though to be fair, the Kings did let three third period leads slip away late in the 2013-14 season in home losses to the Coyotes and Wild and a road loss to the Canucks. Perhaps it’s just the numbers balancing themselves out. It’s a bizarre and anomalous trend given the Kings’ structure and the consistently outstanding goaltending the club has received. Perhaps it’s something to ask the team about. 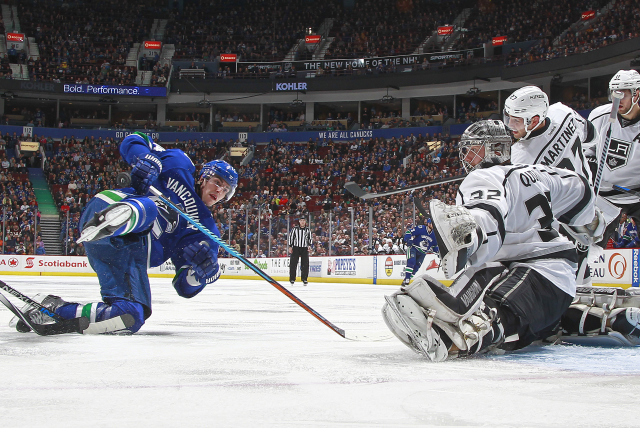