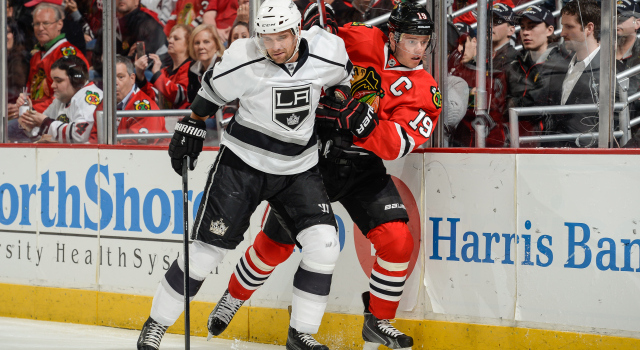 Dean Lombardi told LA Kings Insider that Andrej Sekera suffered a lower-body injury during Los Angeles’ 4-1 loss to Chicago Monday night at the United Center and will be evaluated further when the team arrives back in Los Angeles.

Via Sekera, the injury occurred late in the second period.

“He fell on my leg, and I felt something went wrong, and that was the night for me,” said Sekera, who also noted that he’ll see a doctor on Tuesday.

The defenseman was not using crutches when speaking briefly with reporters after the game.

Sekera, who was acquired on February 25 from the Carolina Hurricanes in exchange for a conditional first round draft pick and defensive prospect Roland McKeown, has appeared in 16 games with the Kings, totaling one goal, four points and a plus-five rating. He has three goals and 23 points in 73 games overall.