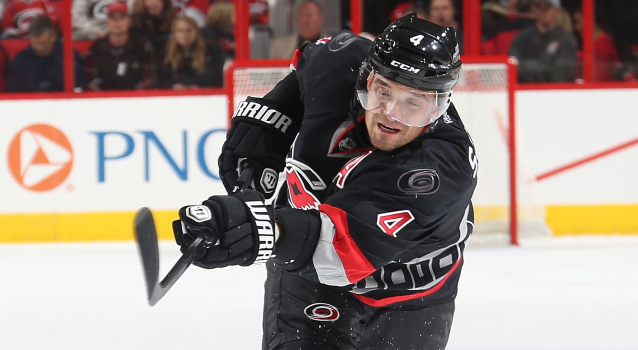 When we spoke to Dean Lombardi in Tampa Bay near the end of the most recent extended road trip, he shared a depiction of the trade market during an irregular deadline season in which teams are exercising caution in how to proceed amidst the backdrop of a weak Canadian dollar that is expected to minimize the inflation of next season’s salary cap. That influence had what Lombardi described as a “chilling effect” on a market that has suddenly sprung to life with five trades over the past two days. The Canadian dollar rose for the second straight day on Wednesday and is now trading at 80 cents to the American dollar.

While speaking to reporters on a conference call earlier today, Lombardi once again offered a depiction of the market that helped bear a top-four defenseman for Los Angeles – at the price of a conditional first round pick and defensive prospect Roland McKeown.

Dean Lombardi, on targeting defensemen in this trade market:
I think most people would consider this kid a kid who can play in your top four. So, how many of them are out there? Sure, there are some players now that I guess would fit in this category. You don’t get to a lot of them, because even the teams that maybe are struggling know that they’re going to need players next year, and there’s also the feeling – don’t forget, that you see in all sports – that you can turn around things very quickly. … Certainly I would say at this point, unless there are some surprises, this was one of the better defensemen on the market, I think that’s probably a safe statement, but I guess things could change. But it certainly isn’t overwhelming either, I mean that’s why you see too, you saw in the summer, that there were some pretty good contracts for defensemen, and that’s because there aren’t a lot of them. You saw another one on the island there (ed: Nick Leddy). This is a reflection that he’s not only a good player, but that there’s not a lot of them out there. So I guess to answer your question, unless I’m wrong here, I don’t think you’re going to see an overwhelming number of top-four guys who are going to be available, period. But, I’ve been wrong. We’ve seen bigger names move in the past.

Lombardi, on if he’s “done” exploring the trade market:
I’ve got to be honest with you, I don’t see a lot. You know obviously – knock on wood – Pears is making a lot of progress. I think collectively that’s a pretty strong group on the back end, and I think some of our forwards are starting to emerge. What I like, and what I think we’re seeing, and I’ve always said this, that the biggest area of improvement often times we forget is that a lot of our younger players are starting and continuing to get better. When you talk about going out and getting other players, I think the biggest way to get better is that we forget that players like Clifford, Nolan, and King and right down the line are far from their ultimate potential. That includes Muzzin and Doughty, everybody. I think the improvement in the other areas now you’re going to continue to see. You’ve seen the growth of Dwight King recently, this is just what happens with the development curve. I think Clifford’s been really good the last month, he’s a better player than he was last year, and I think we have confidence in these guys to keep getting better and assume bigger roles. So to answer your question, you never say ‘never,’ but as a practical matter, the focus was on the back…and obviously I don’t consider ourselves as sellers if we’re going out and being this aggressive on the buyers’ side.