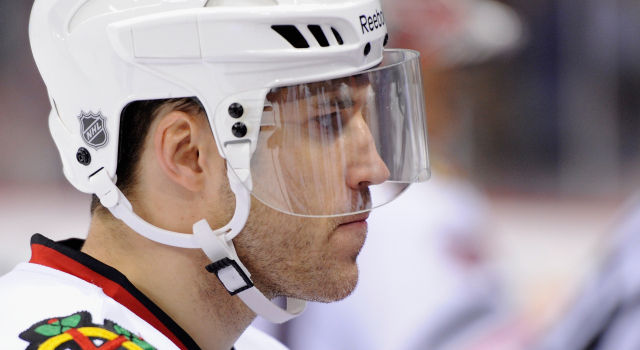 Former National Hockey League defenseman Steve Montador was found unconscious and later pronounced dead earlier today in his Ontario, Canada home, setting off a ripple of emotion and condolences throughout the hockey world from ex-teammates, colleagues and coaches who affectionately knew him as “Monty.”

Montador battled concussions through portions of his National Hockey League career, including one sustained late in the 2011-12 season that sidelined him for nearly a full year. He spoke with Tracey Myers of CSN Chicago about the “roller coaster” journey in battling depression during his attempt to recover from the concussion. An autopsy has not yet taken place.

Darryl Sutter coached Montador and current Kings defenseman Robyn Regehr with the Calgary Flames, and both defensemen were a part of the Cinderella Calgary squad that advanced to Game 7 of the 2004 Stanley Cup Final before they were eventually felled by the Tampa Bay Lightning. Sutter remained in touch with Montador and recalled spending “quite a bit of time with him” when the Kings and Blackhawks met in the 2013 Western Conference Final, though Montador, who had been getting in rehabilitation work with AHL-Rockford prior to the playoffs, did not play in the series.

It was nine years prior in a different Western Conference Final when Montador took a Jarome Iginla feed in overtime, skated unimpeded through the slot, and beat Evgeni Nabokov blocker side for a 4-3 victory in Game 1.

“He jumped up in the play and snapped it,” an emotional Sutter recalled on Sunday. Calgary defeated San Jose in six games.

“You know what? He hardly played all year. Rhett and I were just talking about it when Calgary was here the other day,” Sutter said. “We were talking about Monty because – Rhett Warrener does the radio show up there – so he called and we were BS’ing. We were just talking about that defense, how banged up we were. There were games literally where even though we dressed six, we only had four. Robyn got hurt. We used Rhett Warrener, Andrew Ference, Jordan Leopold, Steve Montador, and we got beat in Game 7 [of the Stanley Cup Final], 2-1. Like, you think about it, we literally lost – we had nobody left in the organization. We had Mike Commodore who played two or three shifts, we had a boy named Brennan Evans, who I think played two shifts in the finals, and we dressed him because that’s what we had. But Monty is one of them guys, if we were short a forward, he’d say he’d play forward. He didn’t care. He just wanted to play.”

The plight of Montador, who last appeared in 11 games for KHL-Zagreb in 2013-14, is an excruciating example of the challenges faced by players who undergo serious health issues and all of a sudden face the prospect of having the game they’ve played and loved since childhood yanked away from them. Sutter noted that Montador “was a smart guy, a really bright guy.”

“Hey, you get handed a piece of paper every day telling you what to do. Every day, if you think about it. Since I was 16 years old,” Sutter said. “You know what? They talk to you about being a player or being a coach or all that stuff, well, the biggest thing in all that is you’re on a team, and that’s the biggest thing guys like that miss and lose is this. Because when they leave, when they leave the game then they don’t have that, and when you’re in a team and you insulate yourself from the outside world so much, once (you leave) it’s hard to find it.” 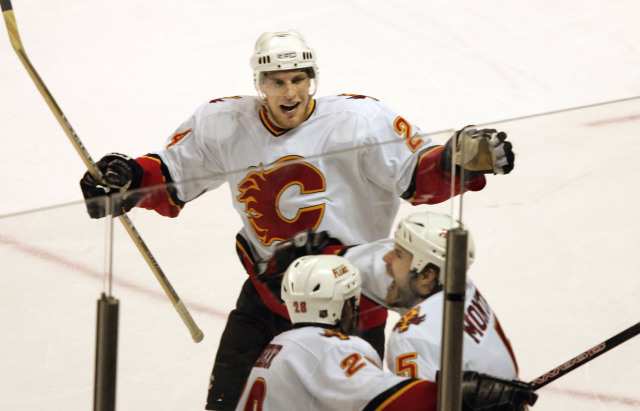