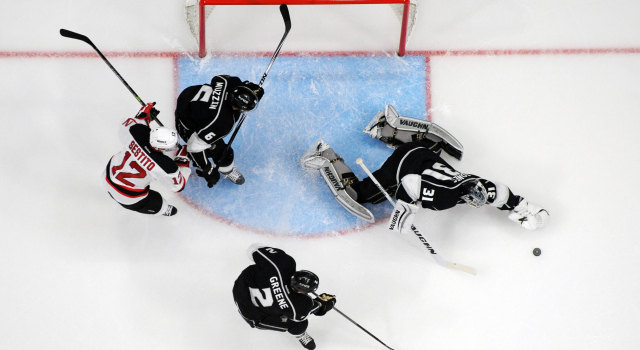 It now appears as though Martin Jones, who didn’t participate in today’s morning skate, could be bound for injured reserve. I’m not quite at the point where I’d be able to discuss the nature of his ailment – and I don’t know the full details – but if the Kings choose to place him on injured reserve, J.F. Berube would be recalled from AHL-Manchester. From my understanding, the injury isn’t something that would be considered a “long-term” ailment.

At this time, no move has been made, and it is unclear who would back Jonathan Quick up tonight against Anaheim if Jones is unable to play.

More to come on this subject as it develops.